On our way back from Death Valley to Las Vegas, we thought, we could do a trail run nearby Vegas. A friend of us arranged a contact to a offroader from Vegas. His first question was: ‘What do you want to do ? I can tell you trails from ‘mild to wild’ in the Vegas vicinity. I told him, that moderate to difficult should be fine for us. As we came in from Pahrump, the trail question was clarified very fast. The suggestion was to do Rocky Gap Road, which connects Lovell Canyon with the Red Rock Canyon NCA nearby Las Vegas.

Our friend from Vegas said, that he did the trail this winter quite a few times and that it should not be a problem with our modified JKU Rubicon. After this I was doing some google search on this trail and most people suggested to not do this trail with a single vehicle. They also suggested to have at least one vehicle with a winch in the group (which we have on our Rubicon). I also read a lot about axle or control arm braking. But this I did not tell my wife ;-).

I again contacted the guy from Las Vegas and he decided to show up in Lovell Canyon to do the trail with us.

Rocky Gap Road is a atv trail, which follows a creek bed. There should also be a lot of traffic, but we did not see anyone on our way up. Rocky Gap Road is also a starting point for a lot of hiking routes. Depending on the time of the year, the route may be something between moderate and difficult. We have been there in march 2011. A short time before, there was a lot of rain and snow fall. So the trail would be most likely difficult. Even when the guy from Vegas called this trail ‘stocker friendly’.

After a great breakfast nearby the Armagosa opera house we went down to Pahrump, to fill up our gas. Meanwhile I was talking with our ‘guide’ and he told me, that he is not able to shop up in Lovell Canyon.

So the ramp up phase was not ideal, but we decided to try it on our own. 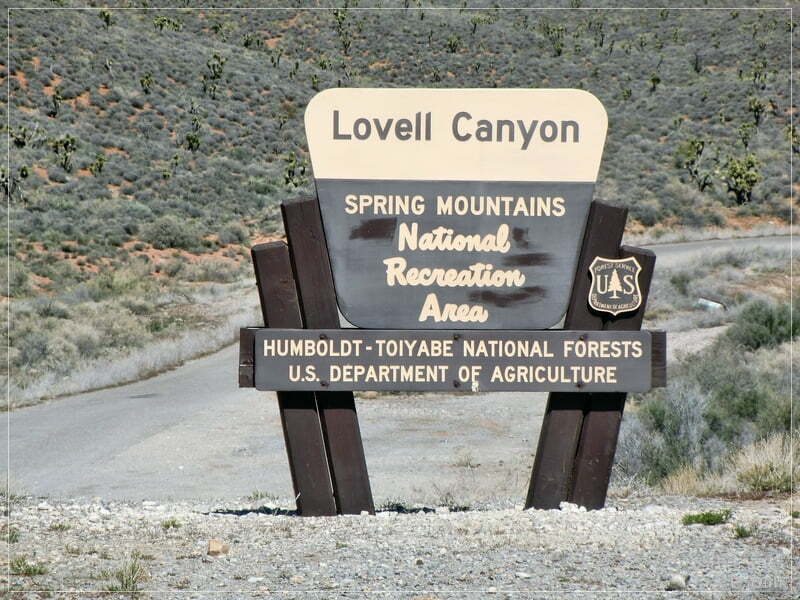 On a paved road we were driving along Lovell Canyon. The mountains on the left side were still covered by snow in the upper regions. 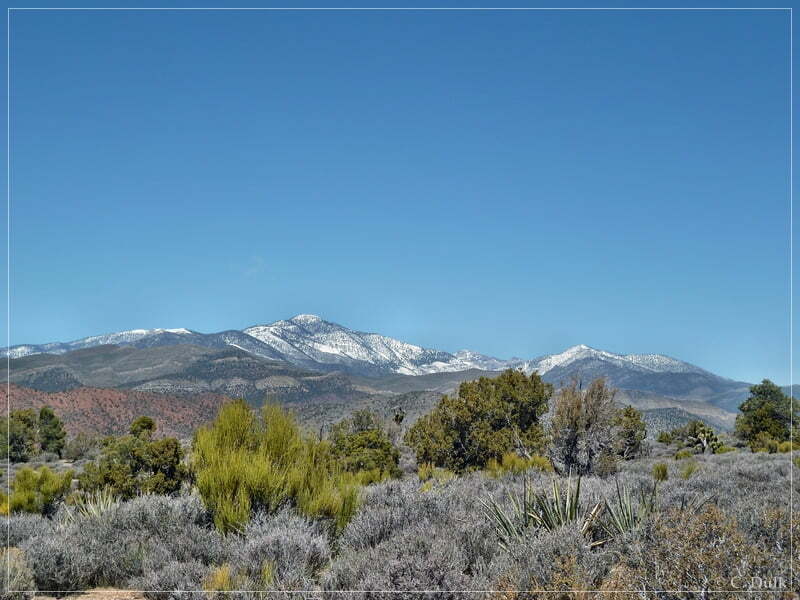 On the right side (the direction, we had to go) it seemed to be pretty much good. 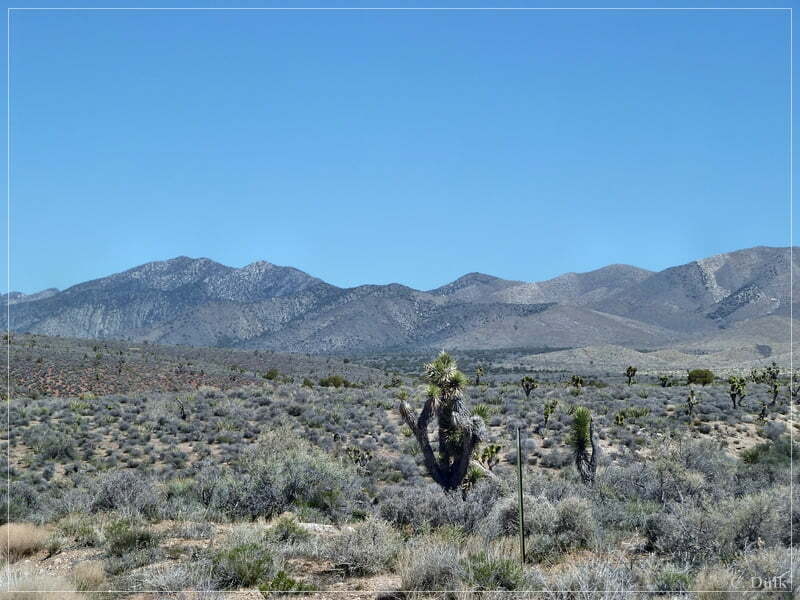 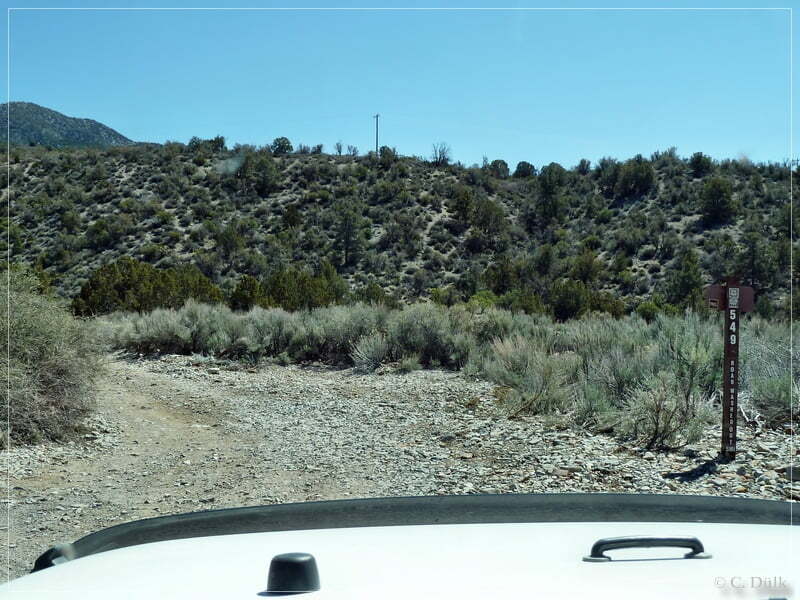 At 11S 62845X 399690X is an additional way up onto Rocky Gap Road, but at the beginning it is very steep upward on loose ground. The easier ‘entrance’ is the one, we have choosen (at least at the time, we were going in). On an easy gravel road we are going up, along a creek bed. 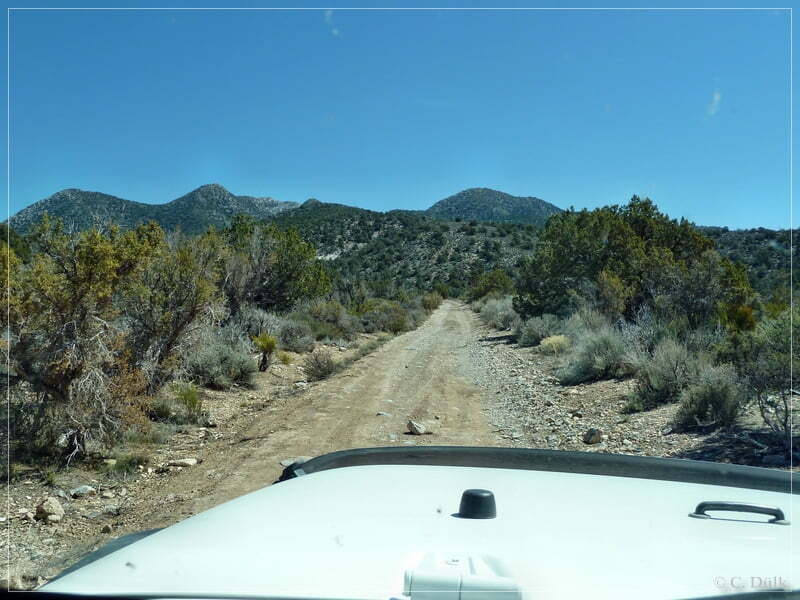 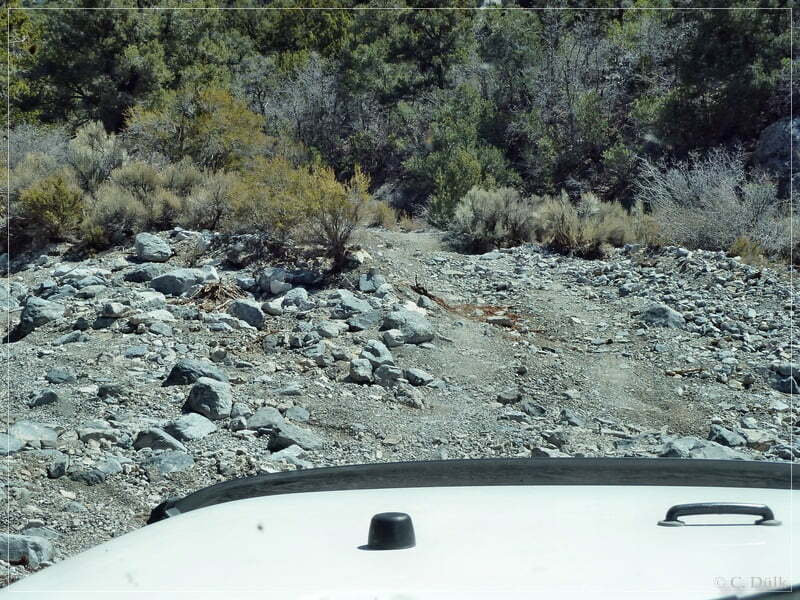 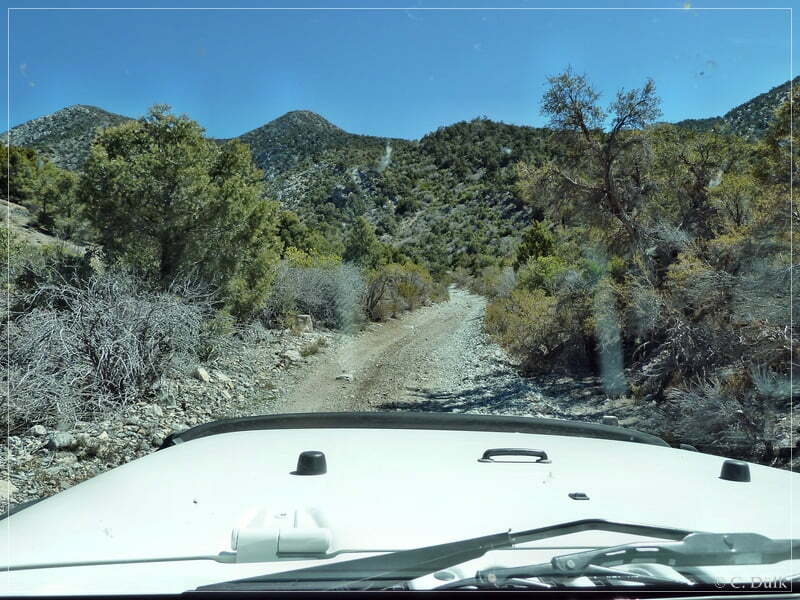 At the beginning, the creek is pretty small and we had to cross the bed quite a view times: 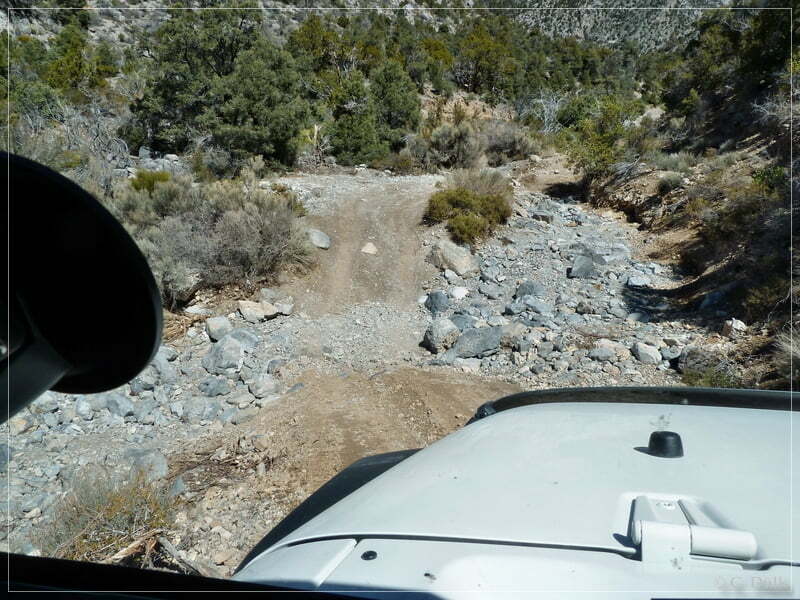 On our ongoing way, the creek now got wider and there are coming atv tracks out of the bed itself on the main trail, which made the route a little bit more interesting. 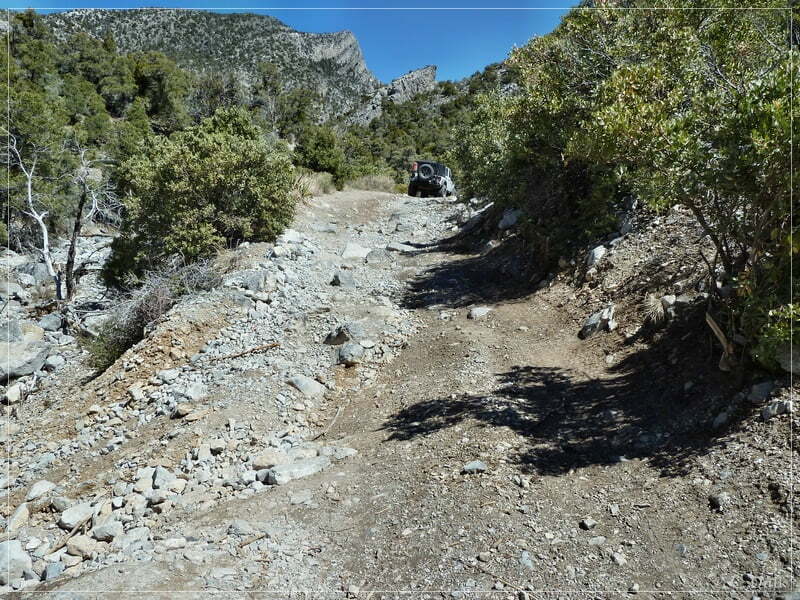 We were still following the creek to the left…. 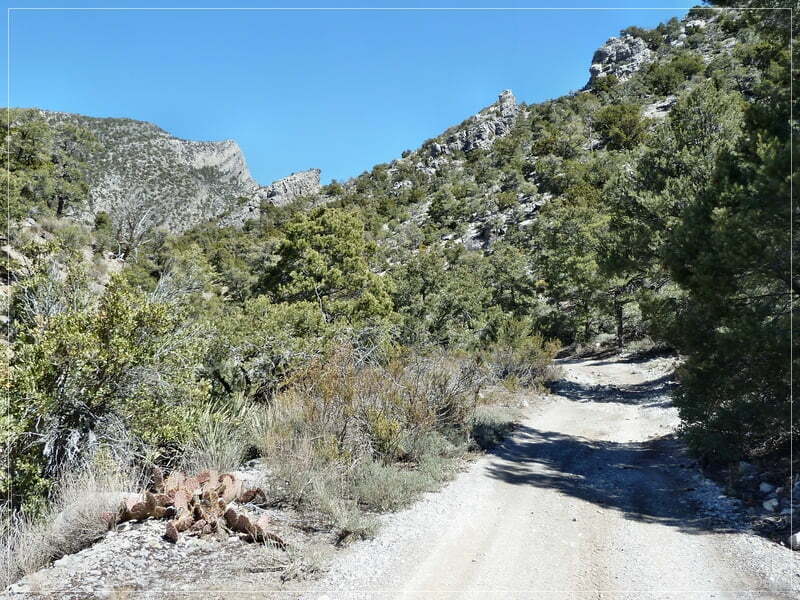 …..and arrived at Rainbow Wilderness Area: 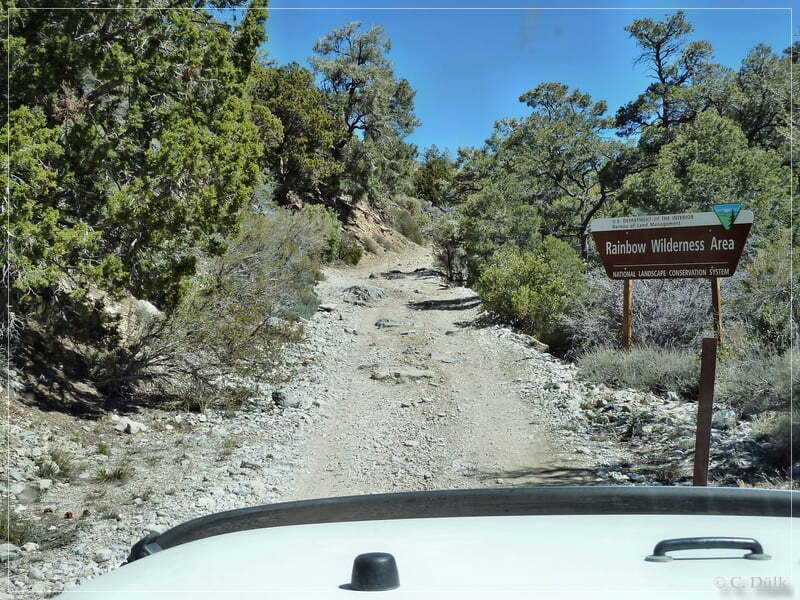 Here the trail got a little bit more difficult, but it was not a problem at all for our Rubicon. 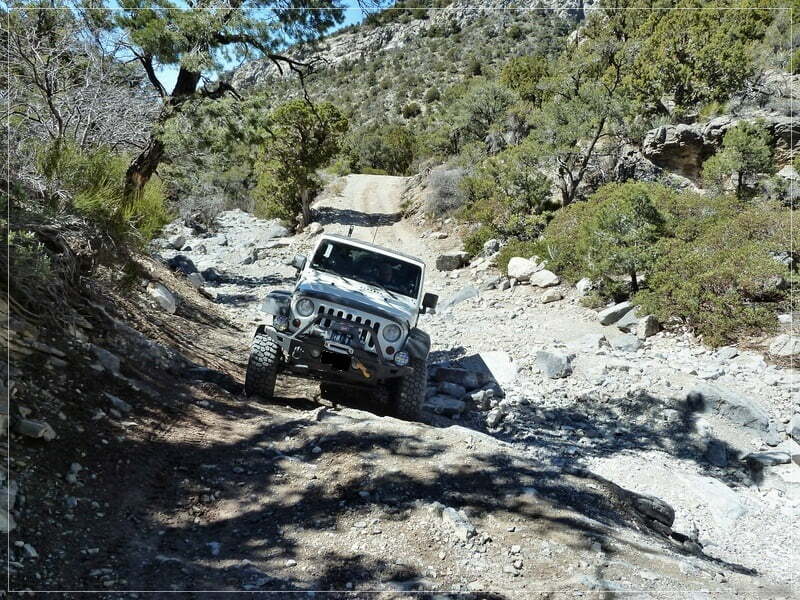 Soon we should arrive at the difficult part of this trail as the trail now was located in the creek bed and the boulders got bigger: 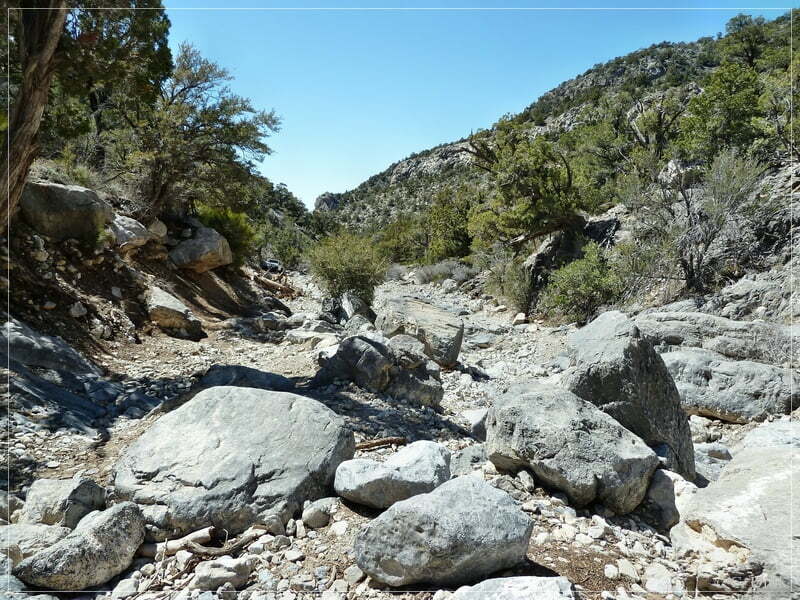 From here onward, it got difficult. I went out of the jeep to check the ‘boulder conditions’. 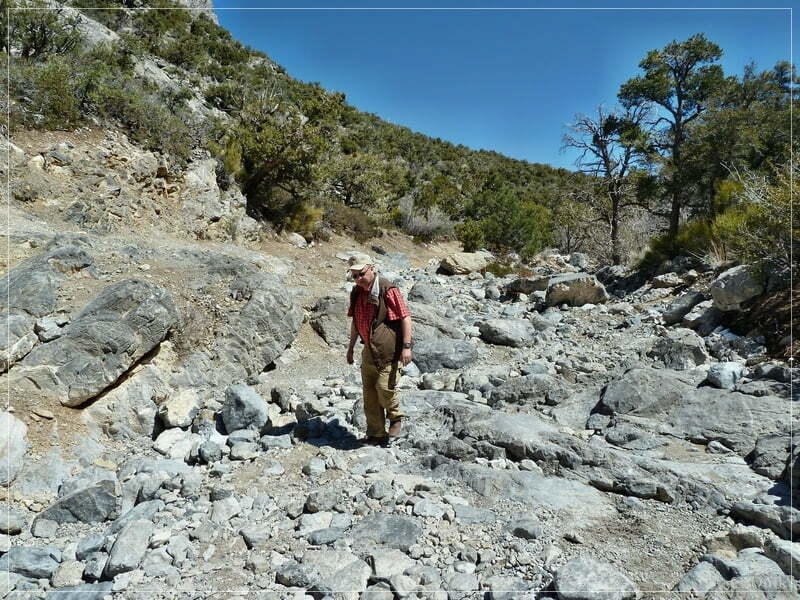 Our friend from Vegas told us to keep out of the creek as long as possible, but in this section, everybody has to go through the creek bed.: 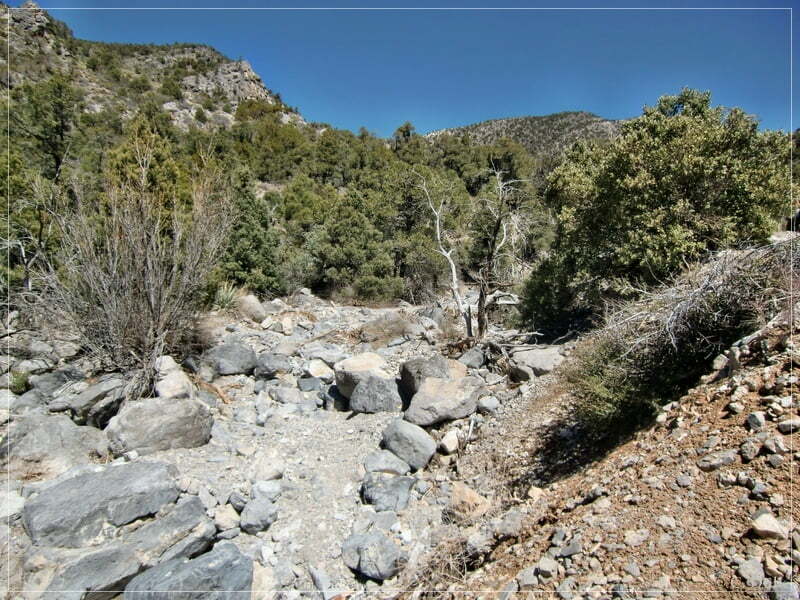 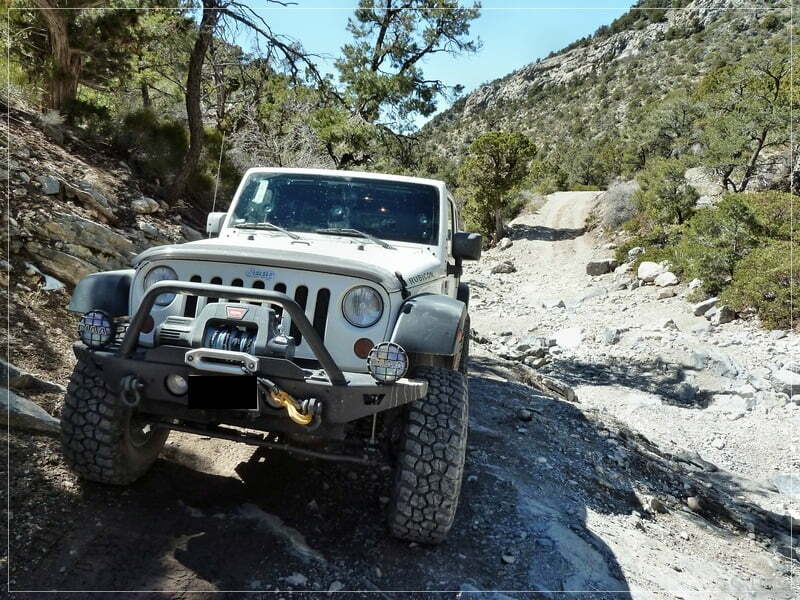 Here again a picture of one of the creek crossings: 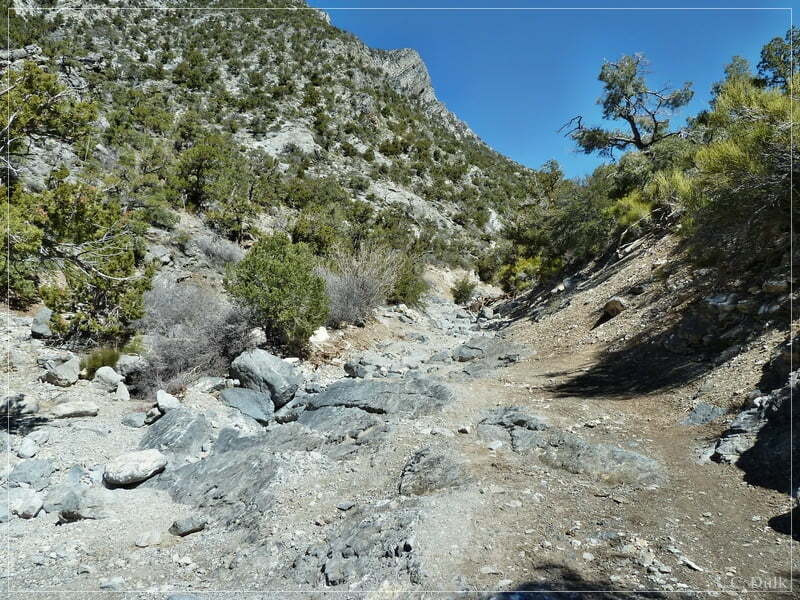 So we turned around and drove back the way we came in. Here some impressions from along the way: 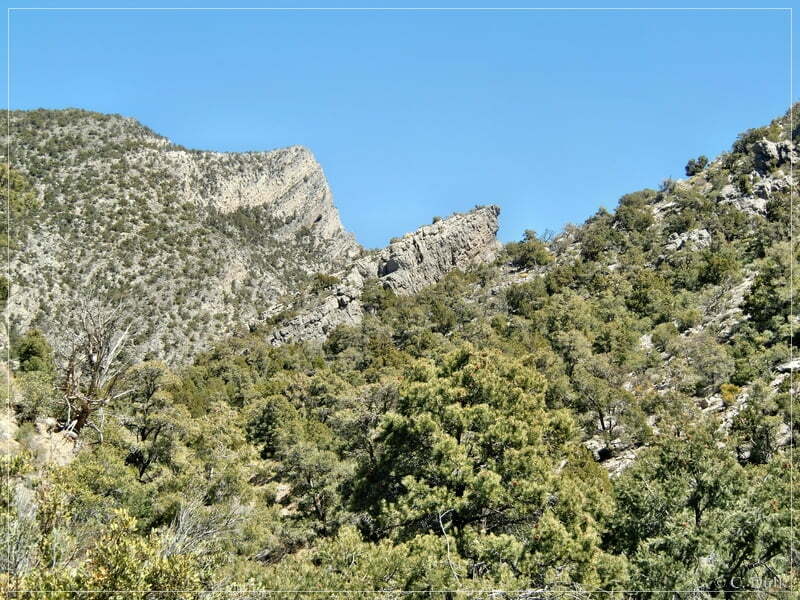 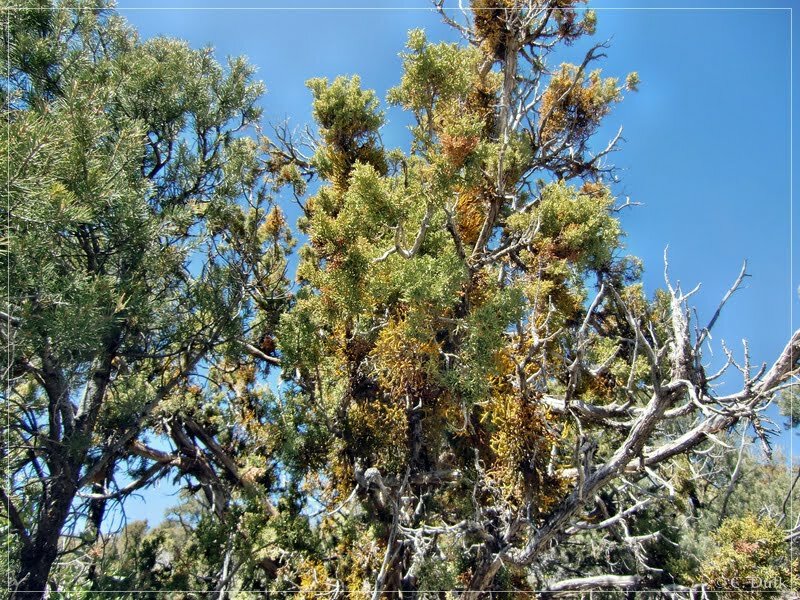 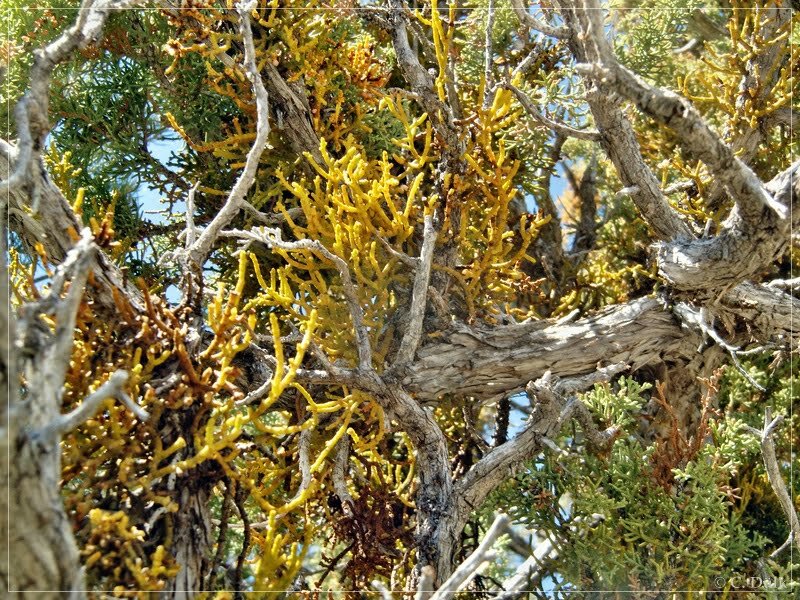 and one more creek crossing, which is stocker friendly… 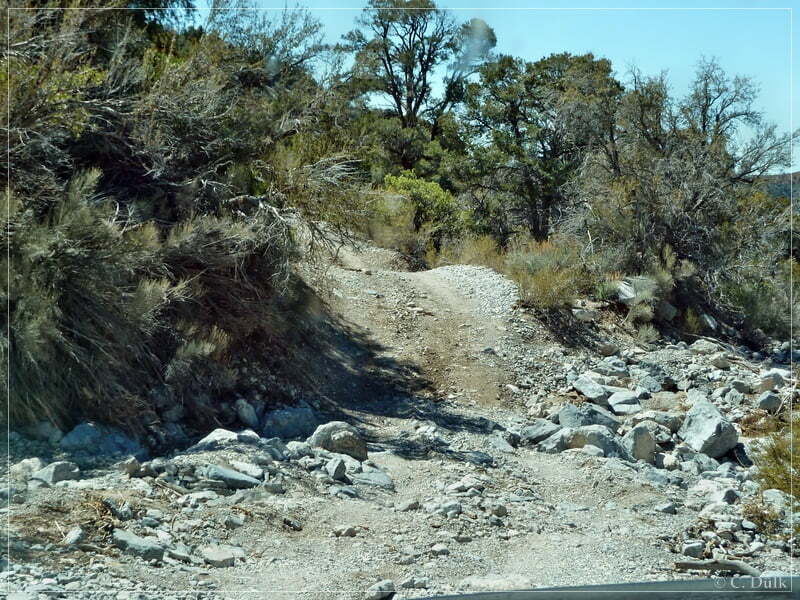 Finally we came down the second route into Rocky Gap Road, mentioned previous in this trip report. The picture doesn´t show the real stepness. 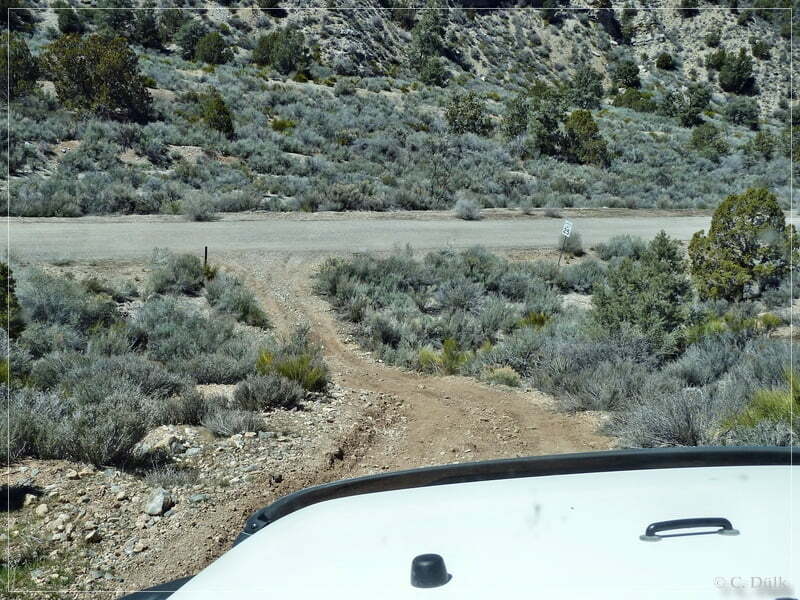 Back in Lovell Canyon, we went down to US160 and drove to Las Vegas.

Most of the shown picture include the gps positions, where they were taken, in the exif data.

The trail itself was at the time, we were exploring it, definitely difficult and not ‘stocker friendly’. The pictures do not show the real situation. From our point of view, this trail should not be driven alone.

For a better orientation, one can downlload a gpx file of this trip:

And here is an overview of the area, we visited:

As we are visiting the north west region of Moab... END_OF_DOCUMENT_TOKEN_TO_BE_REPLACED

At the end of our september 2011 trip into the... END_OF_DOCUMENT_TOKEN_TO_BE_REPLACED