As we stayed in 2008 in the Whispering Sands Motel in Hanksville, UT and the weather was not really promissing, we thought why not to visit Temple Wash. From UT24 we turned on the connecting road to Goblin Valley. We were following this road until we reached a trail to the right at 12S530000X/427831X (UTM/NAD27). To the north one has a very good view towards Temple Mountain. The trail, we wanted to go for, passes Temple Mountain on his back side. 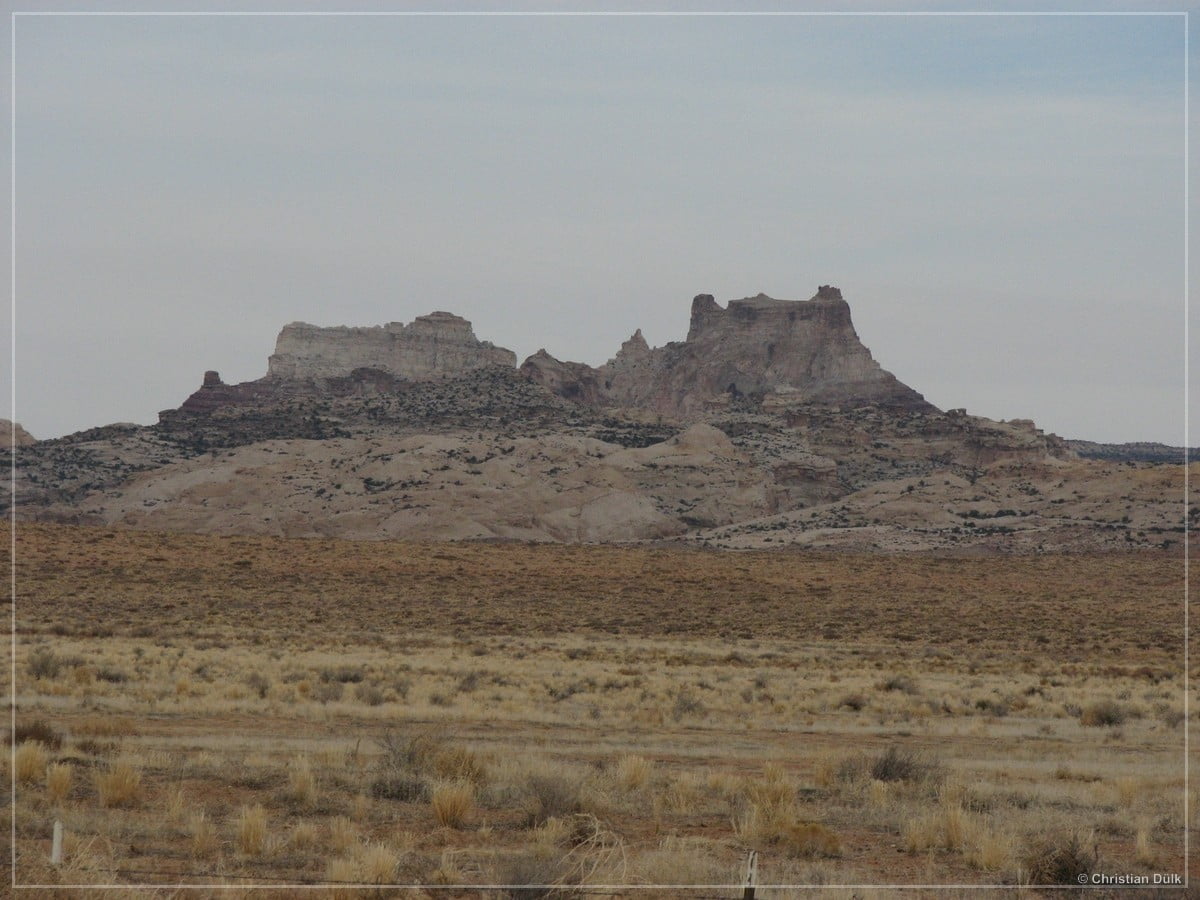 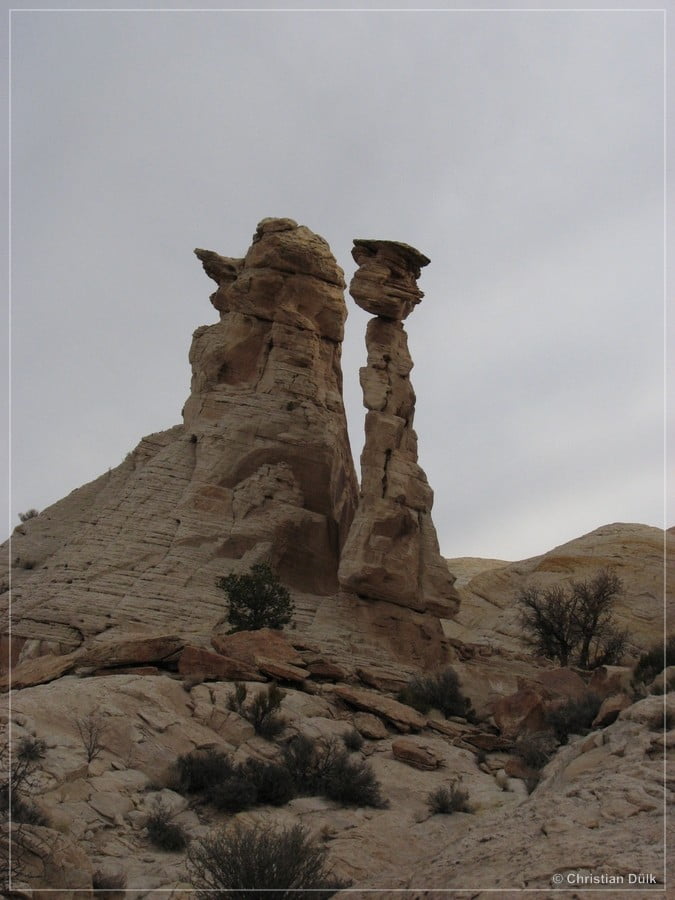 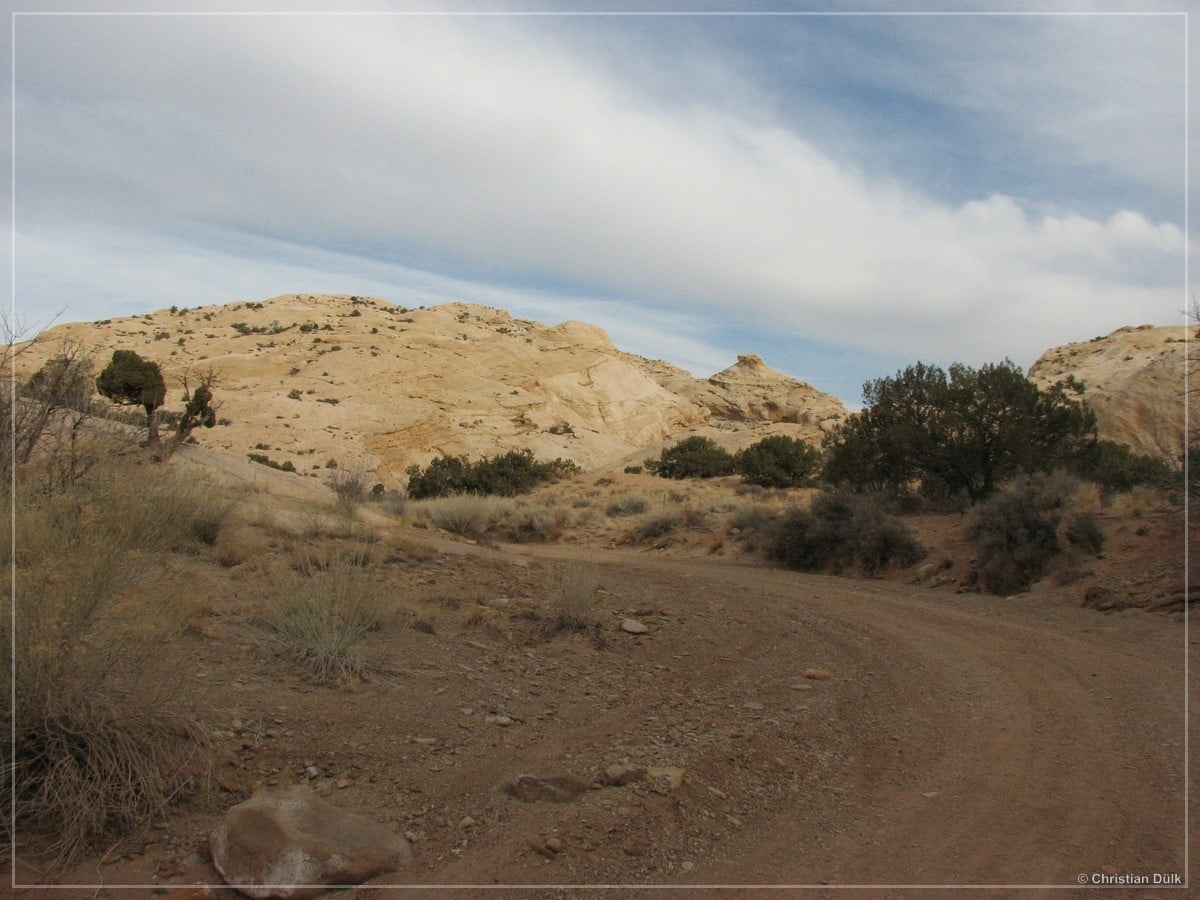 The wash gets closer and closer: 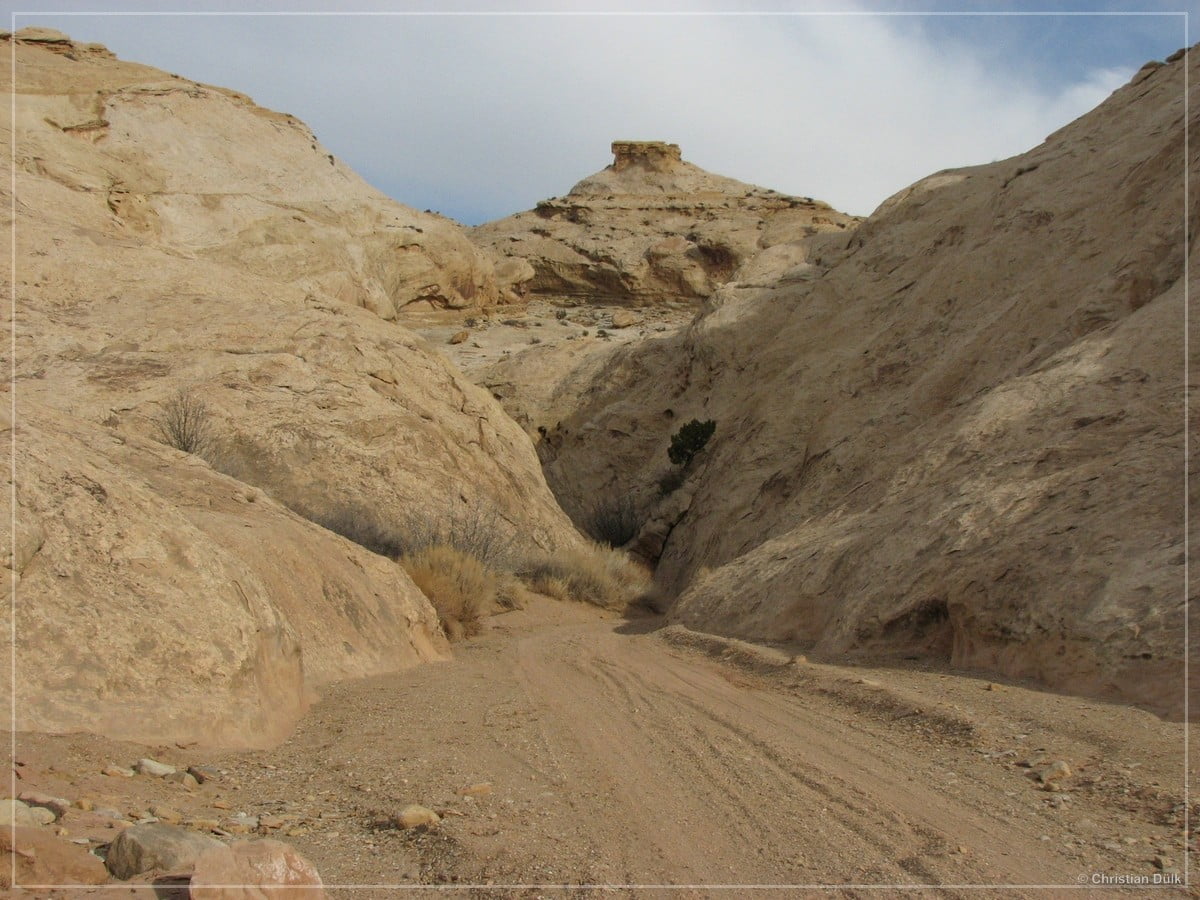 And soon we are reaching a few minor ledges, which should be no problem with a good vehicle. 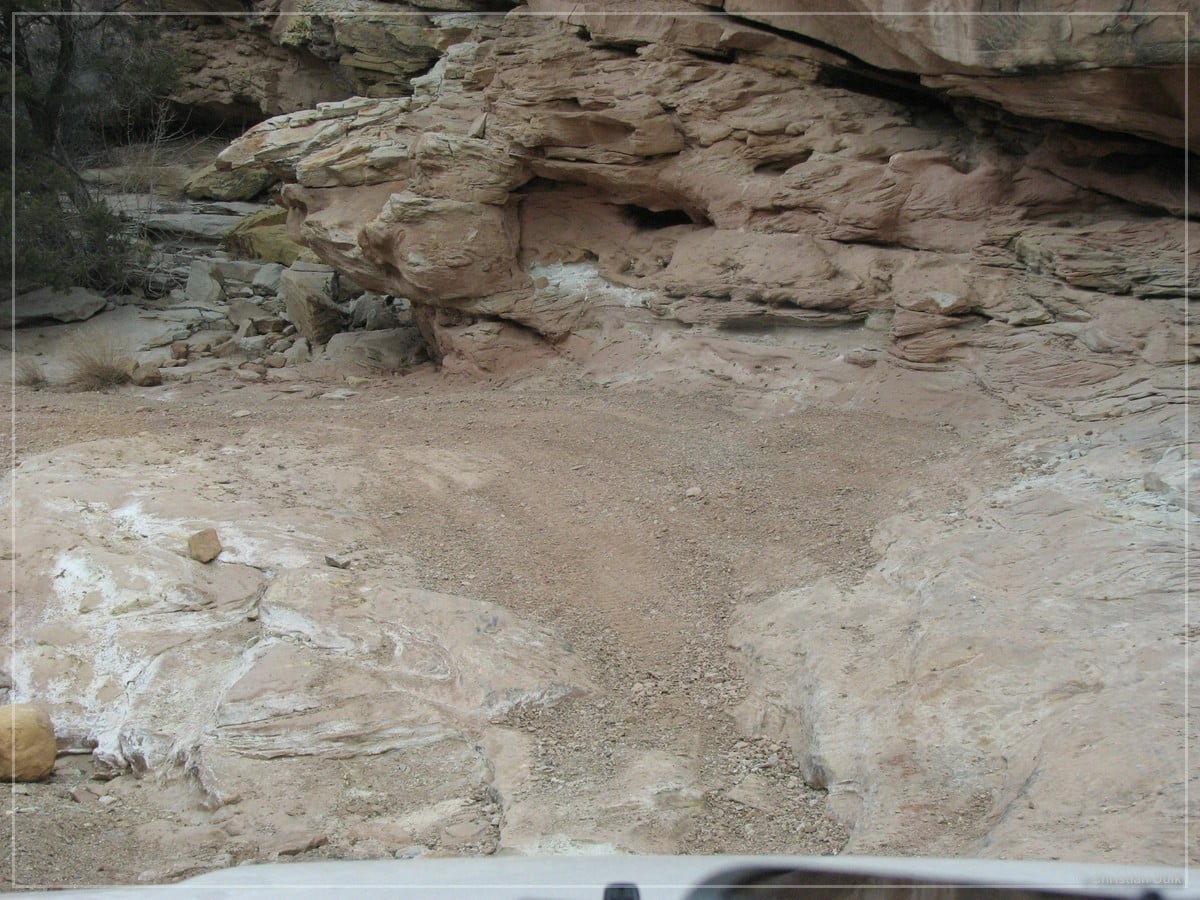 Soon the wash gets wider and we are finding Temple Mountain in front of us. 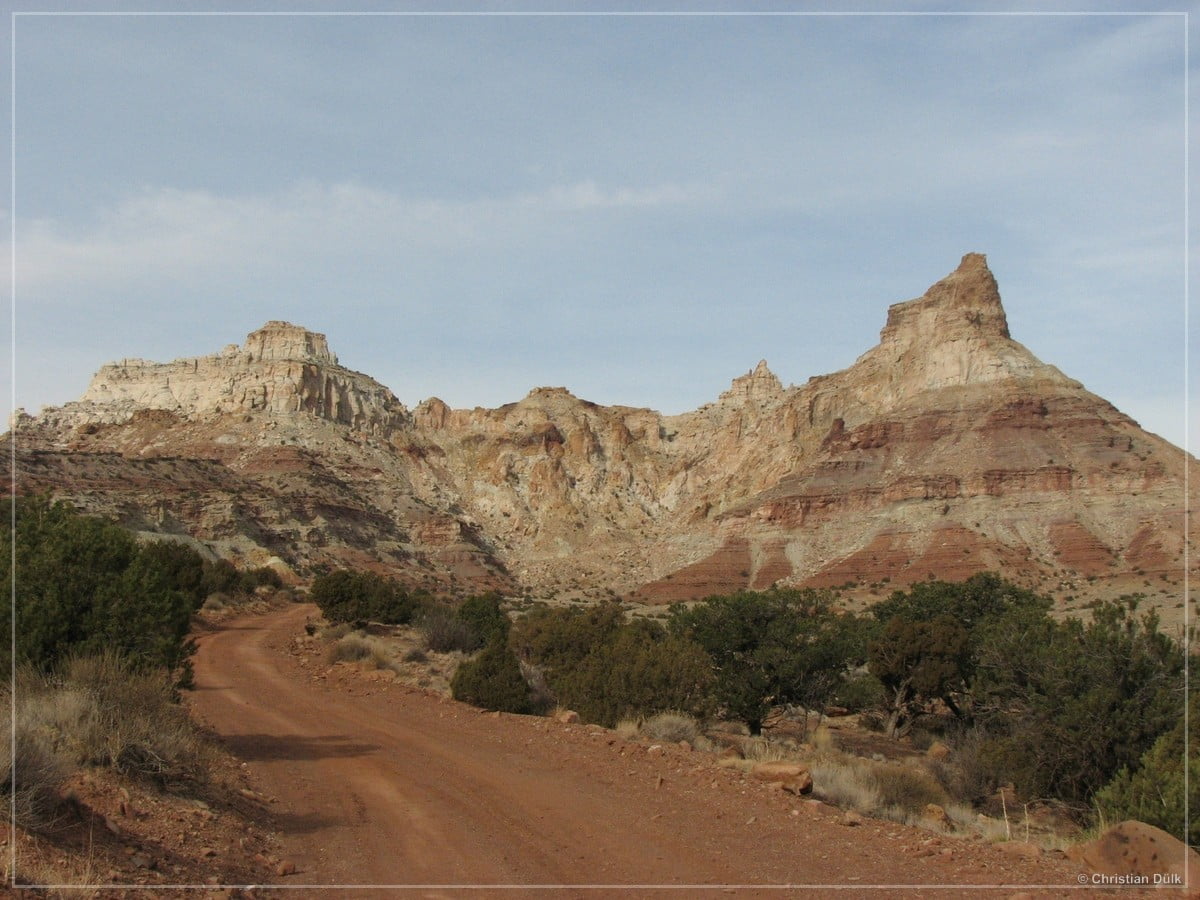 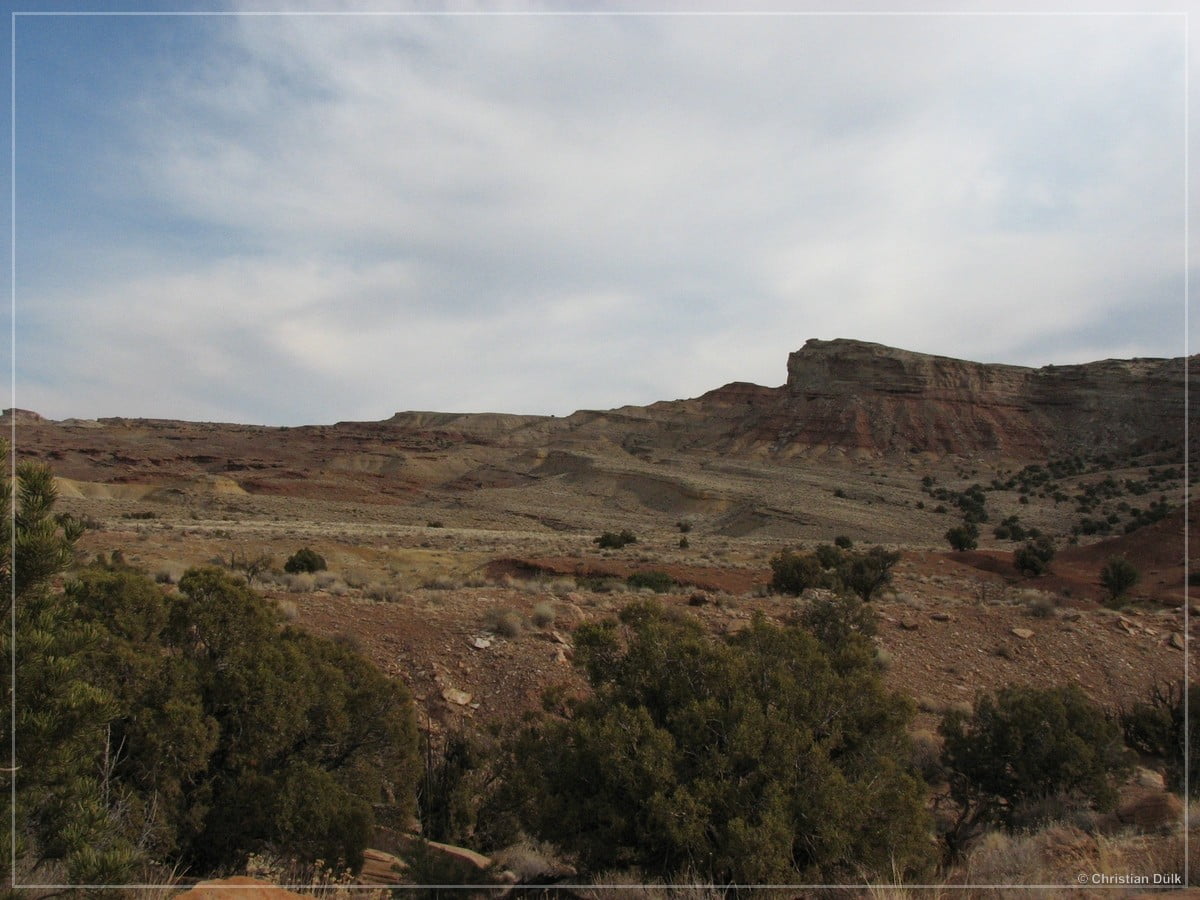 We are passing some old barracks: 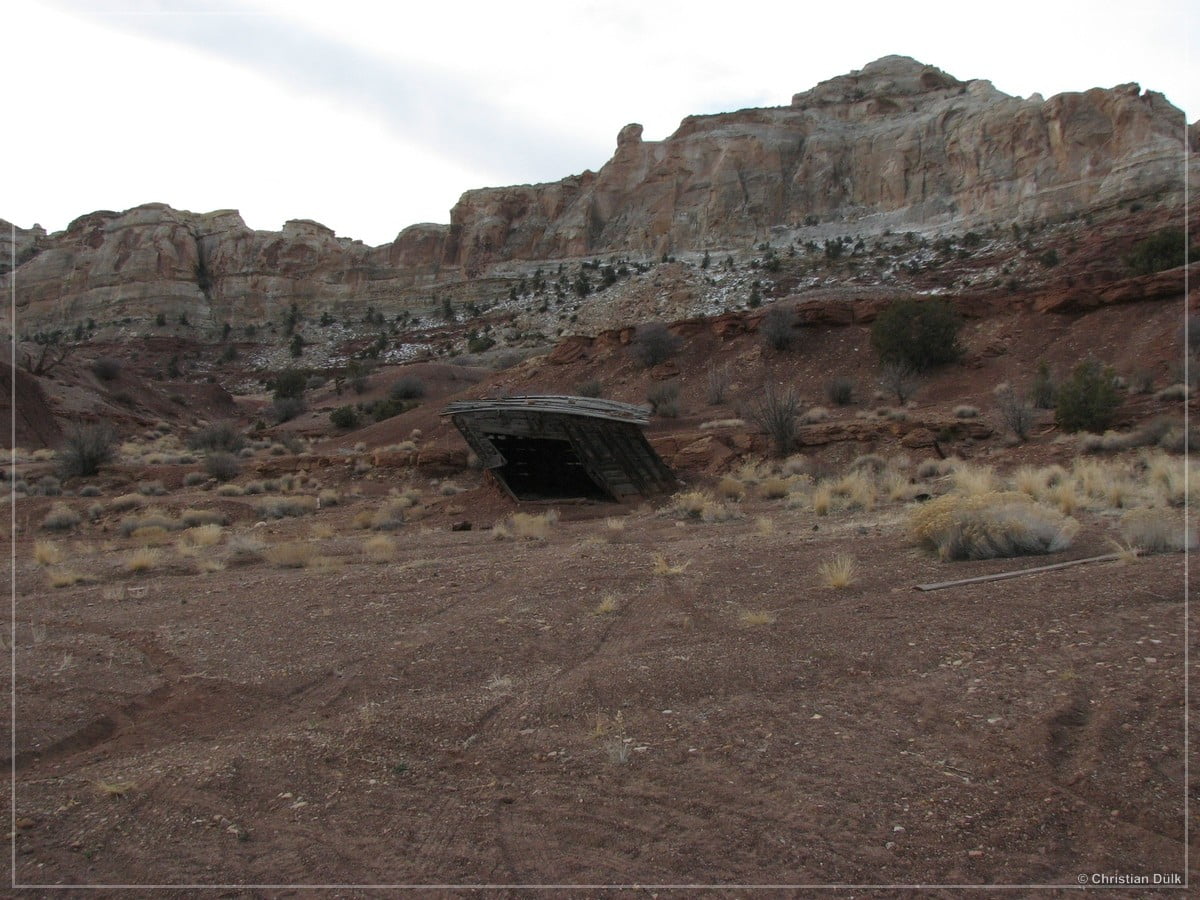 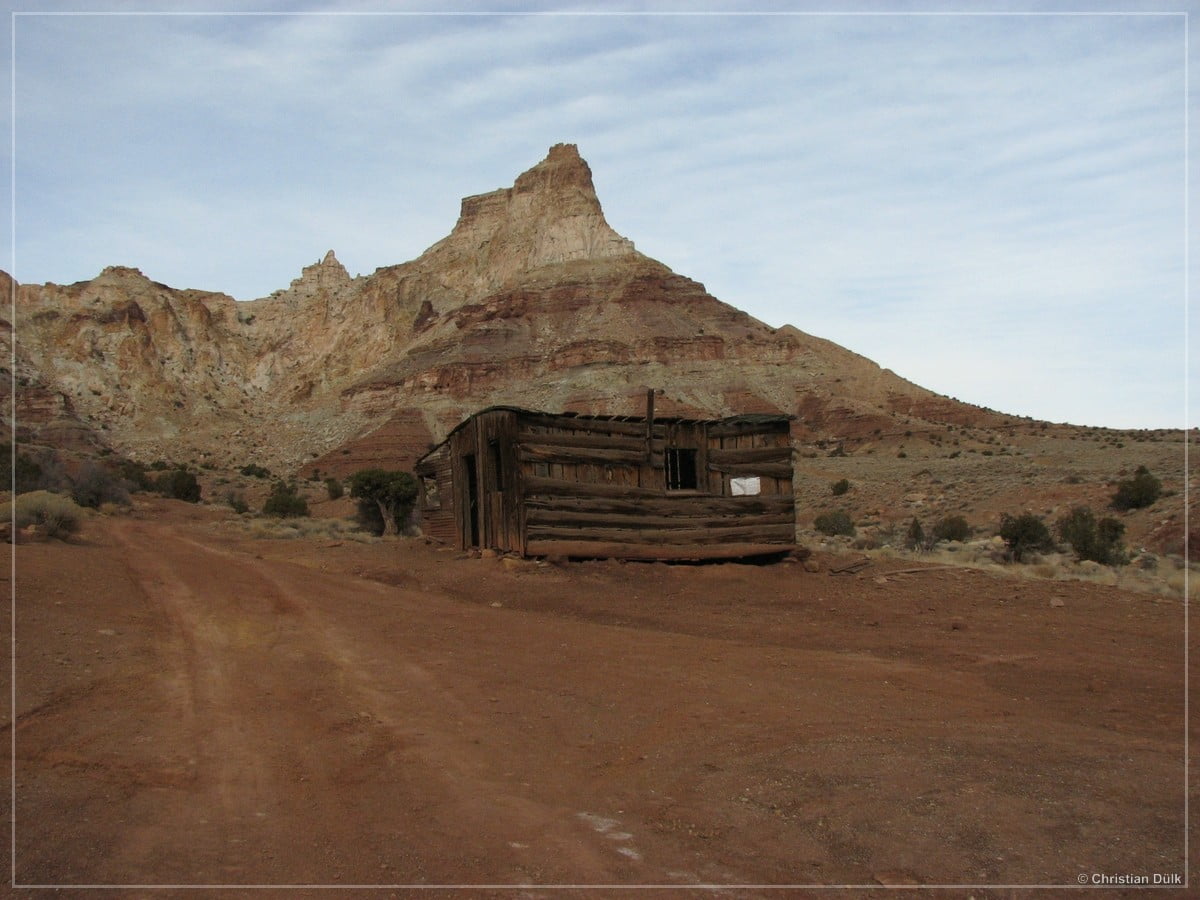 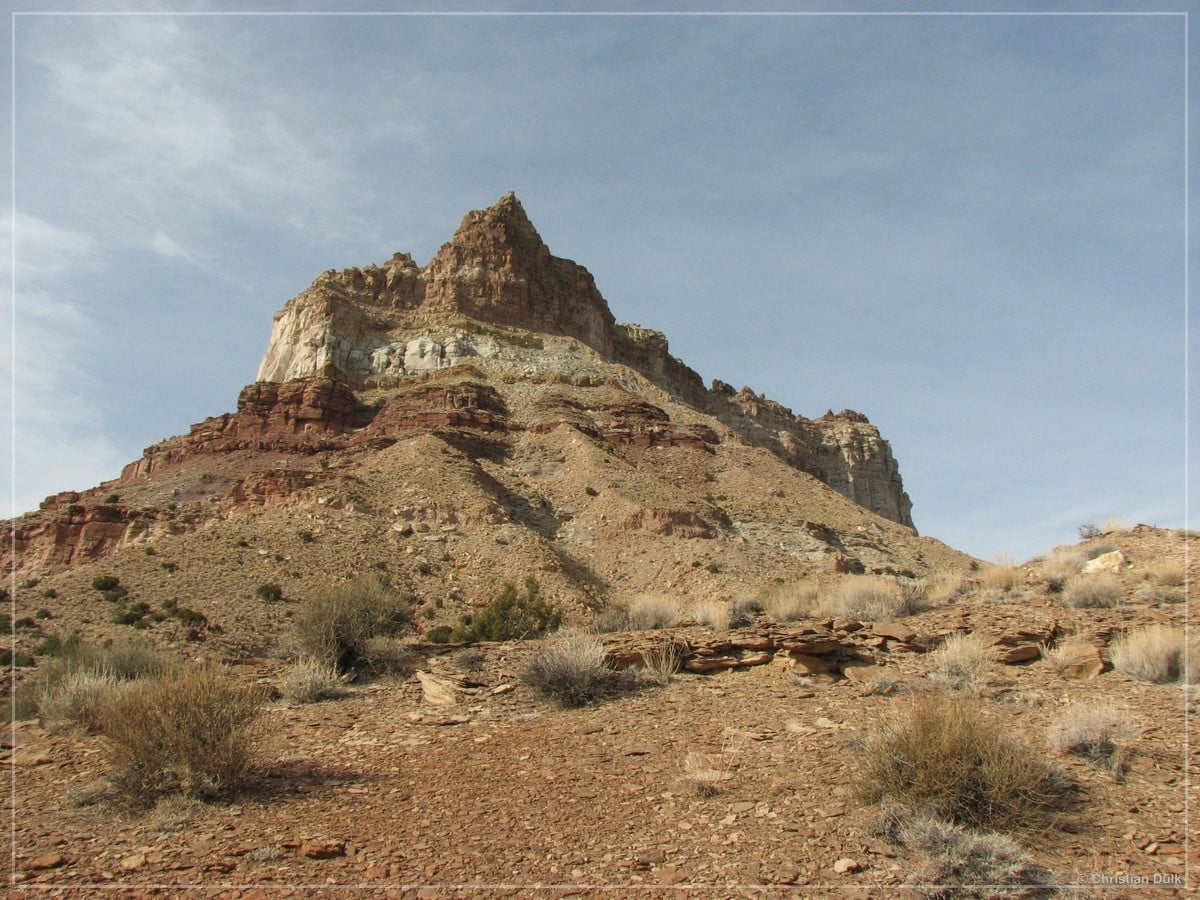 Here a view back: 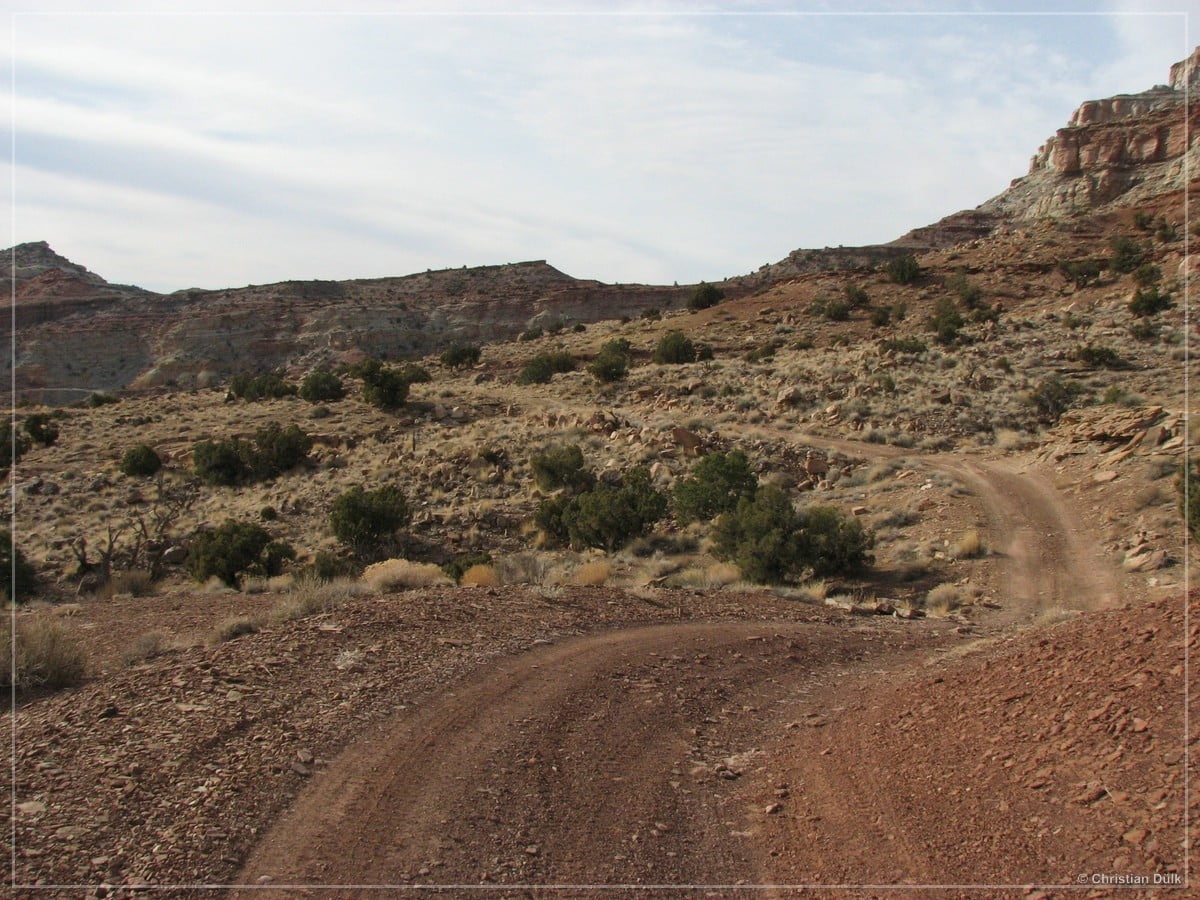 As of now, the trail was really easy until we were arriving at the most difficult portion of the trail. It is going down a rough and somehow steep descend. In reality it was much more impressing than on the pictures here. 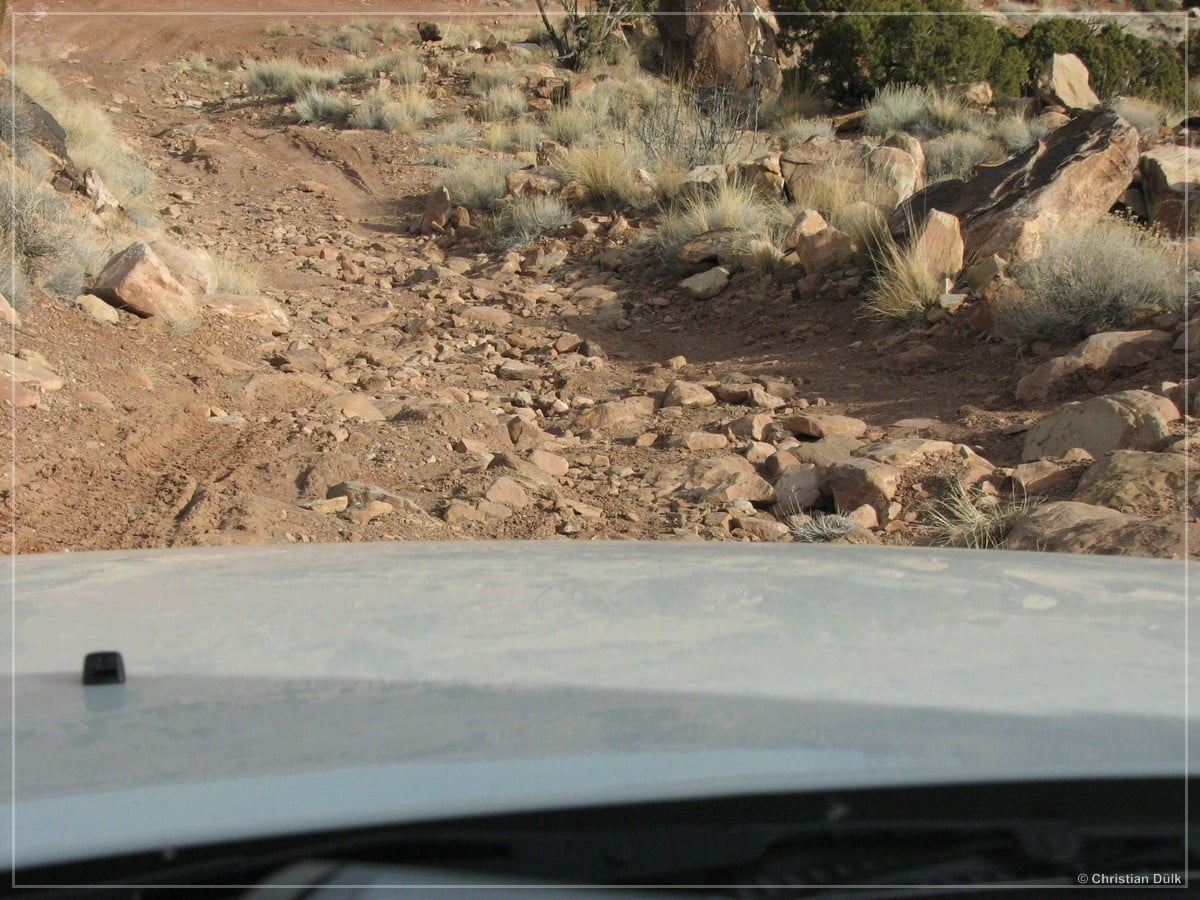 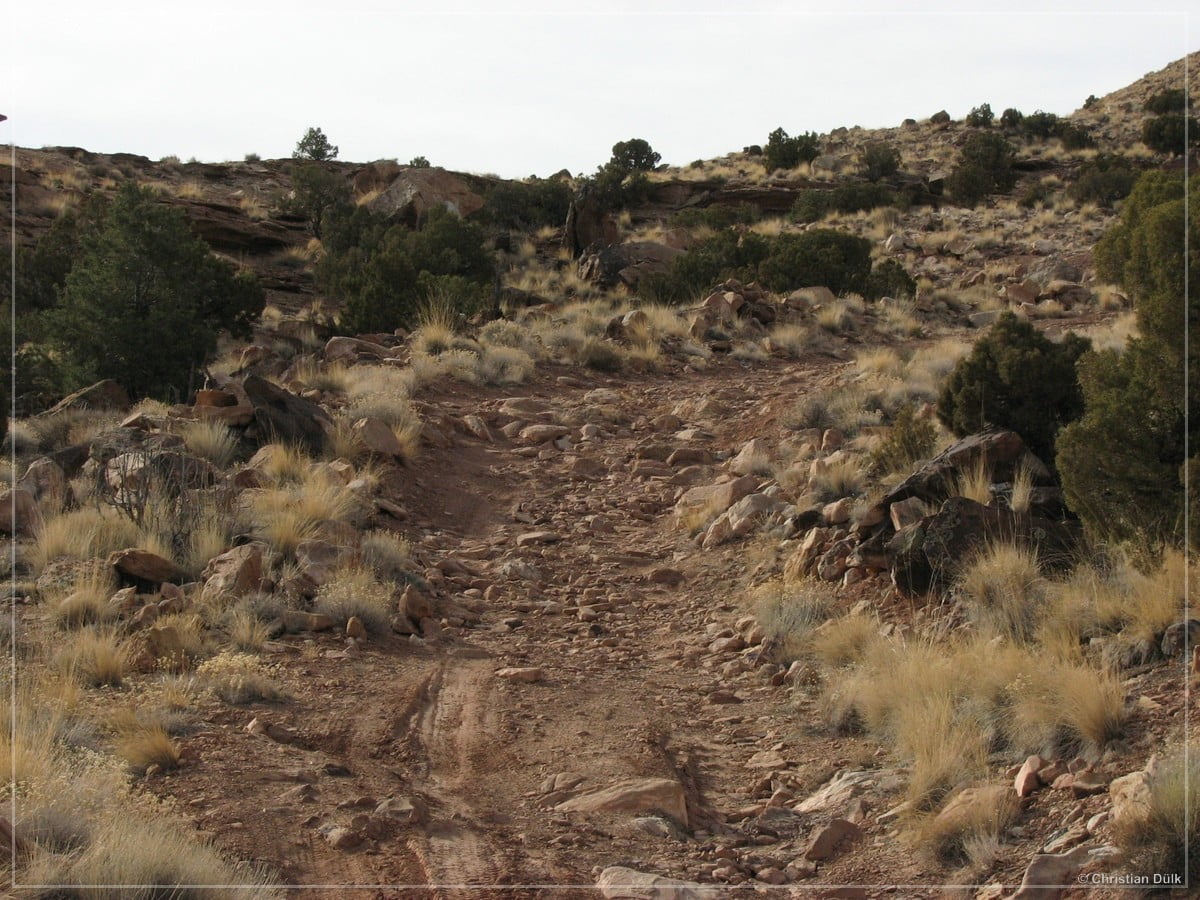 After passing this spot one can enjoy the landscape again. 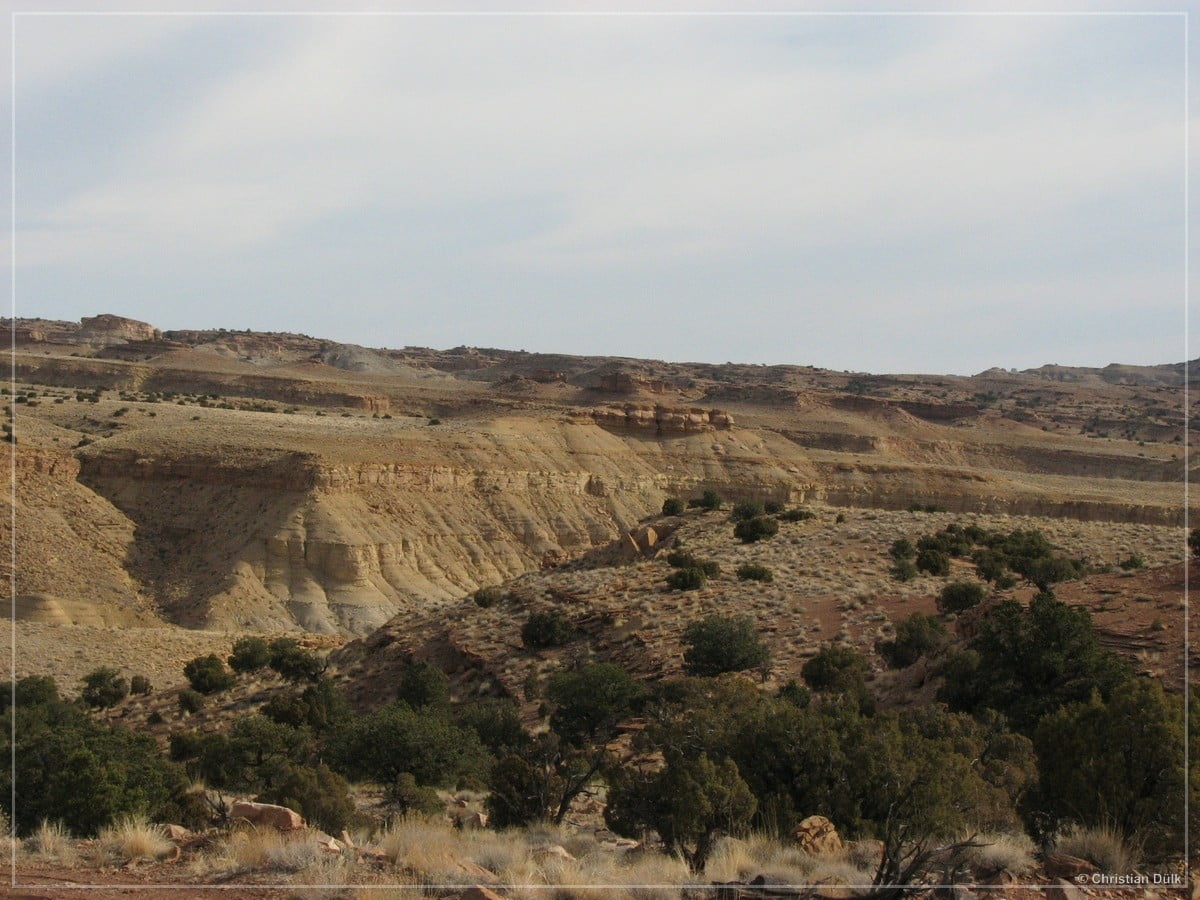 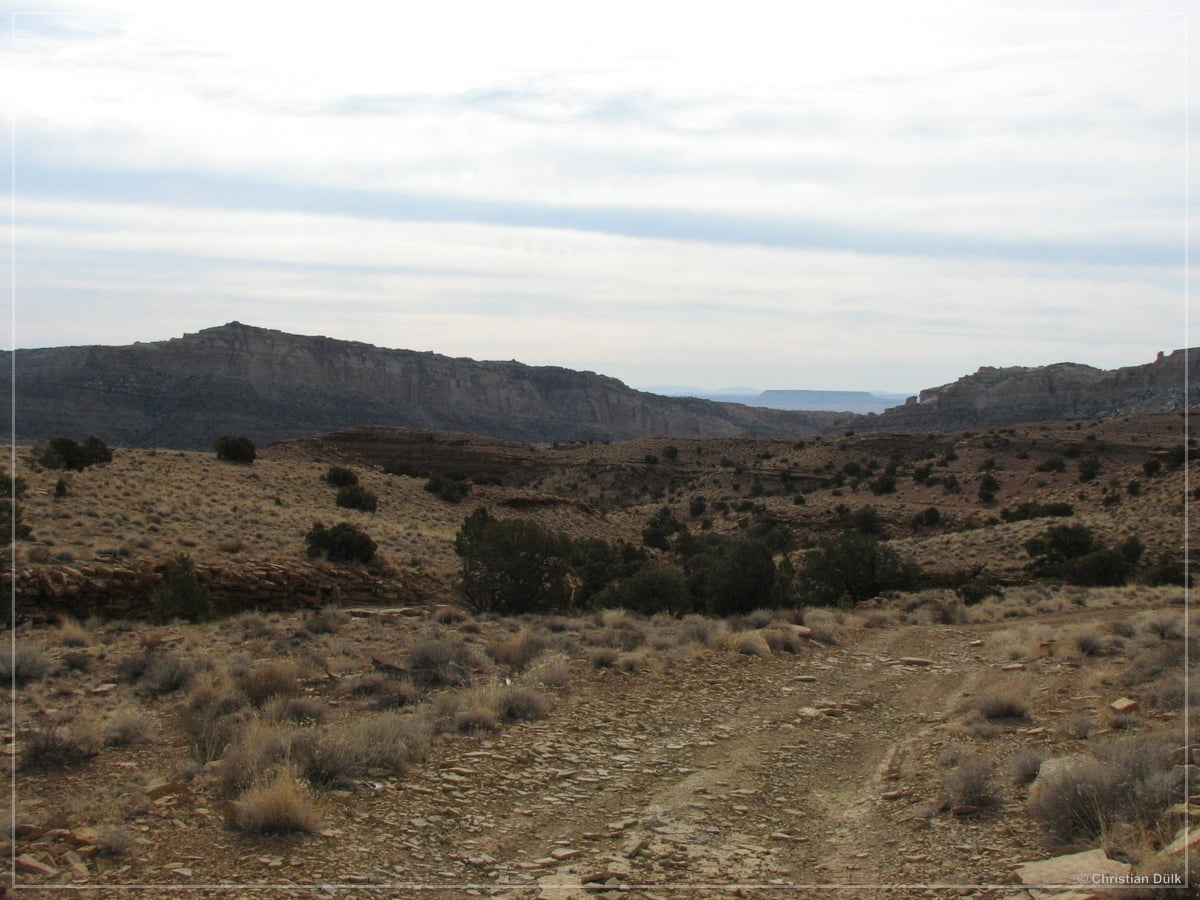 Again a view back to Temple Mountain. On the top still some snow is visible. 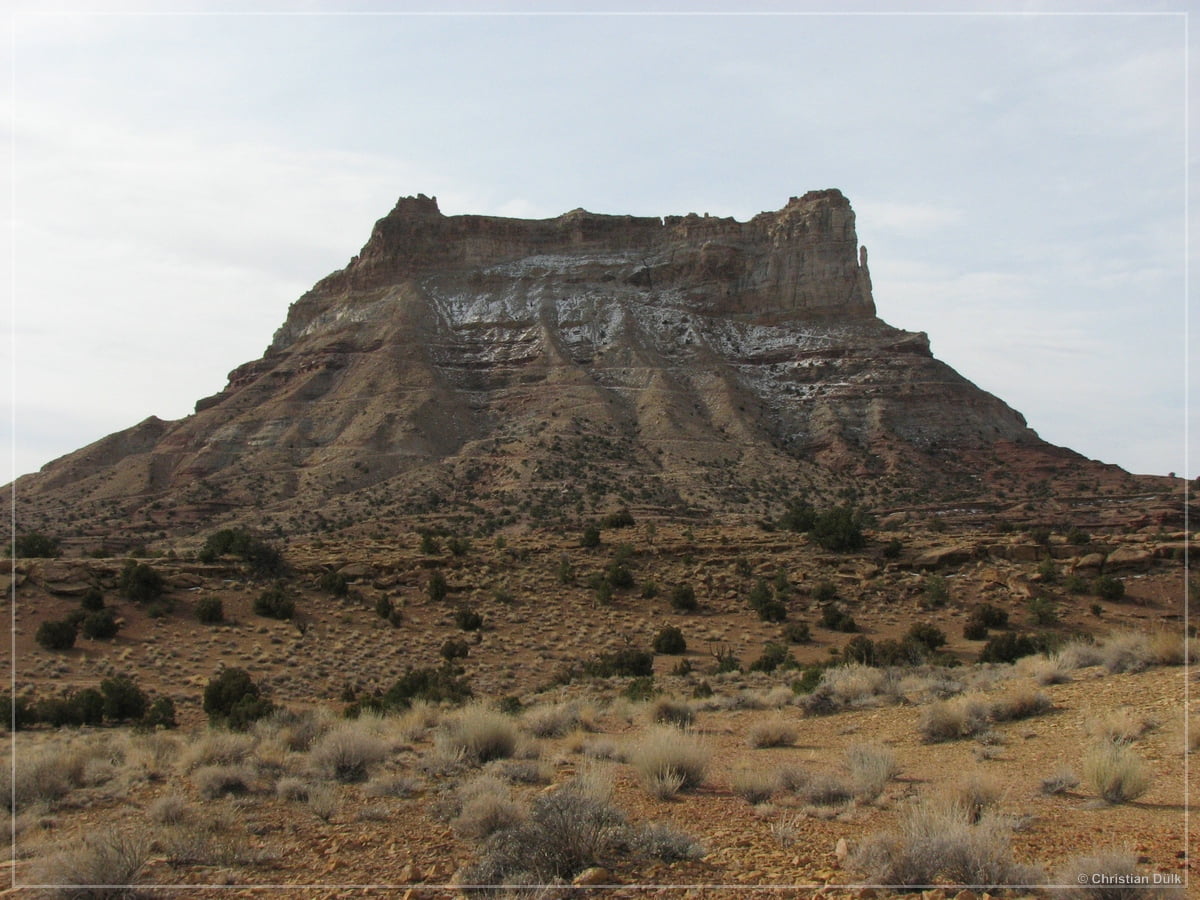 Here a picture from the ongoing trail:

You are moving away from Temple Mountain. 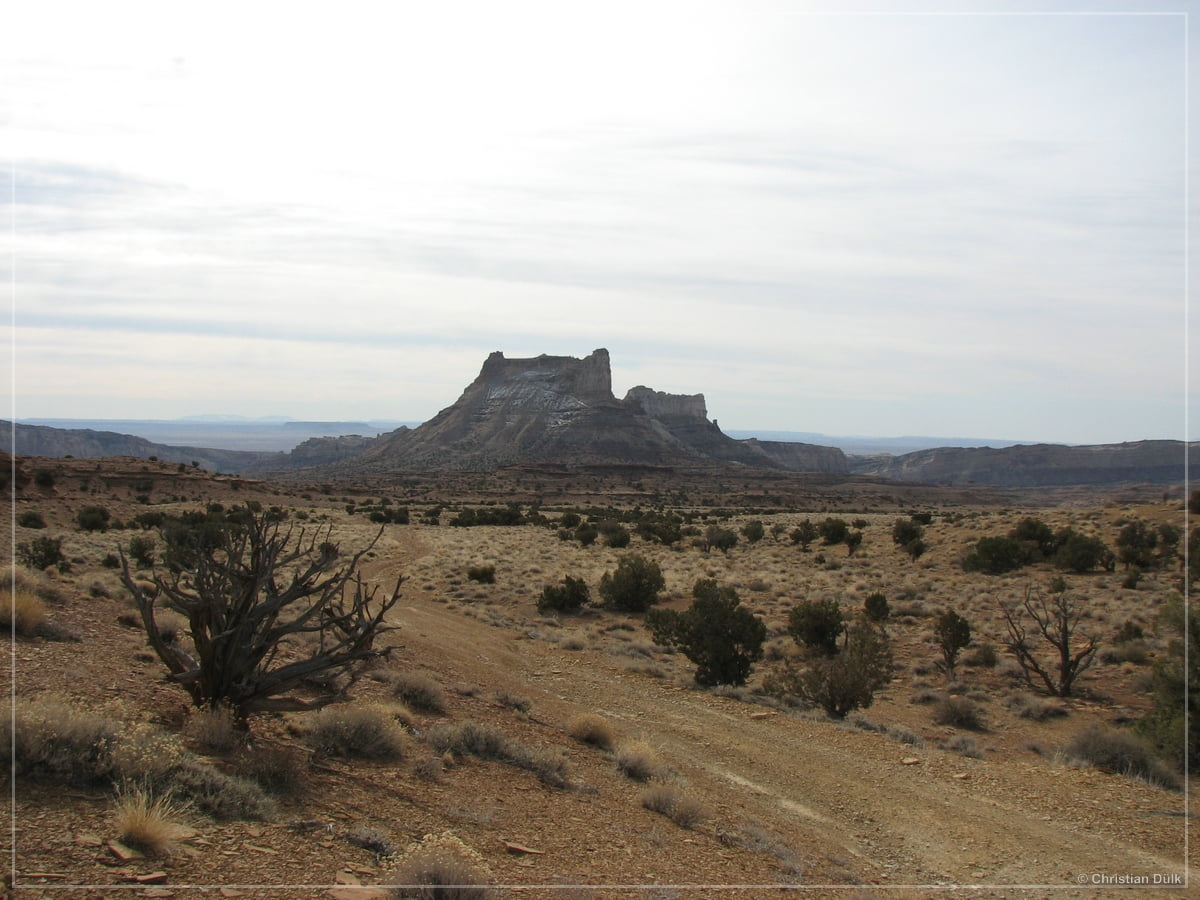 In the background you are able to see the Henry Mountains. 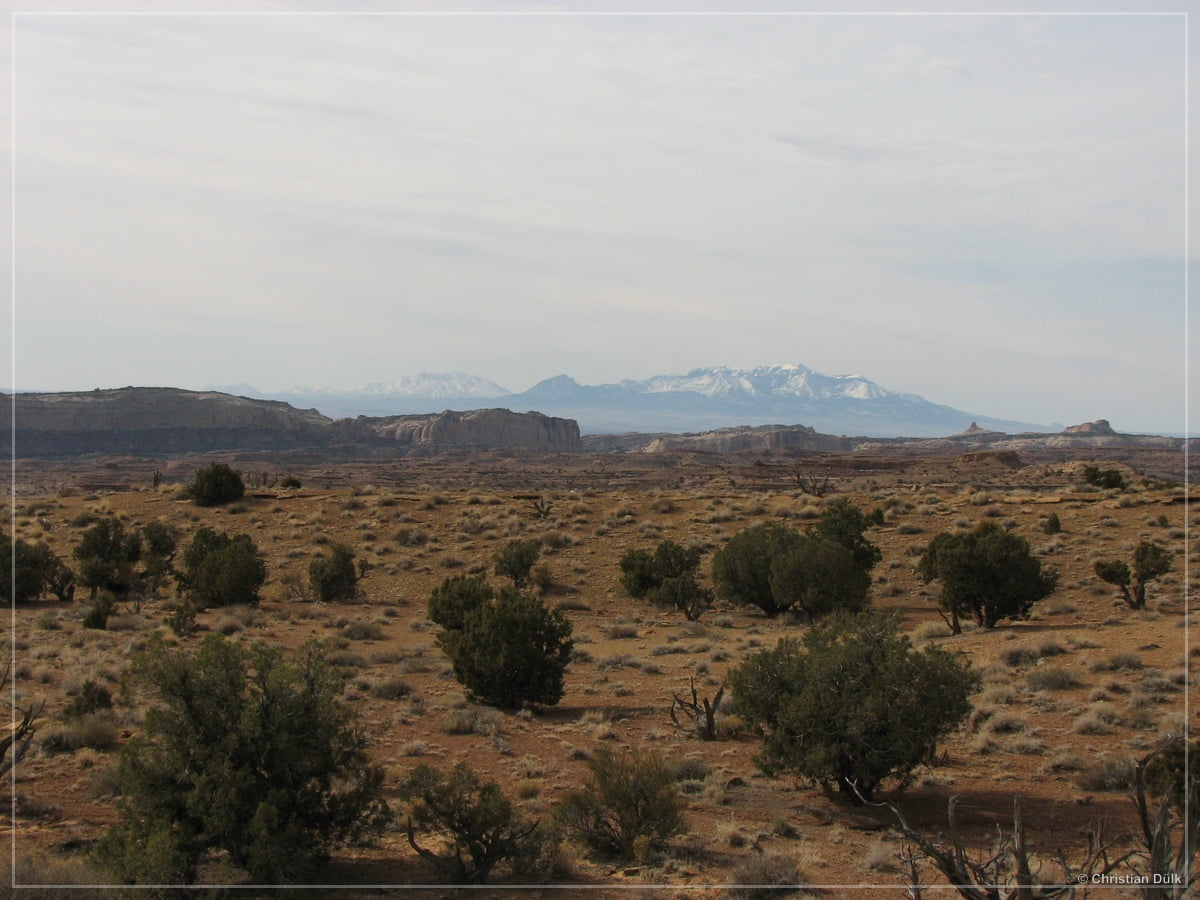 Here a few more shots from the vicinity. 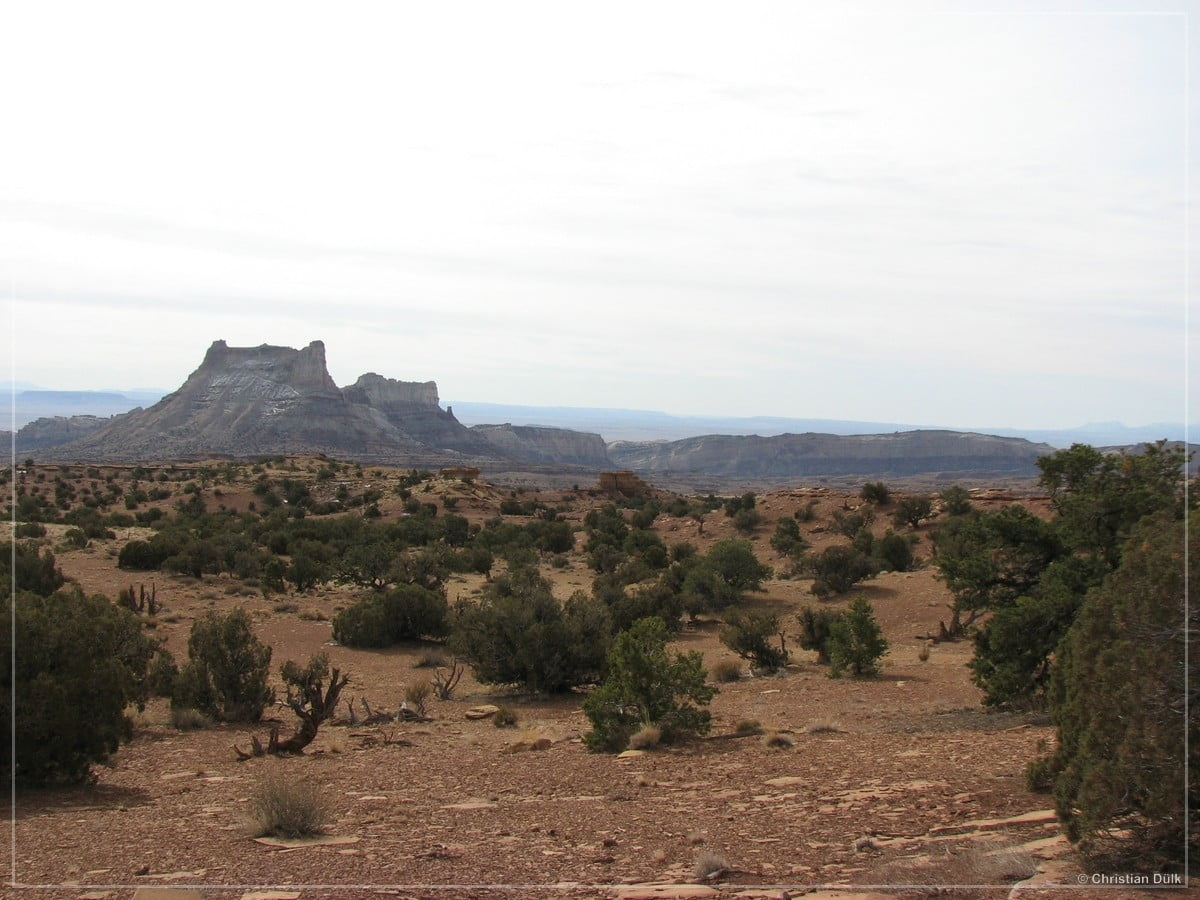 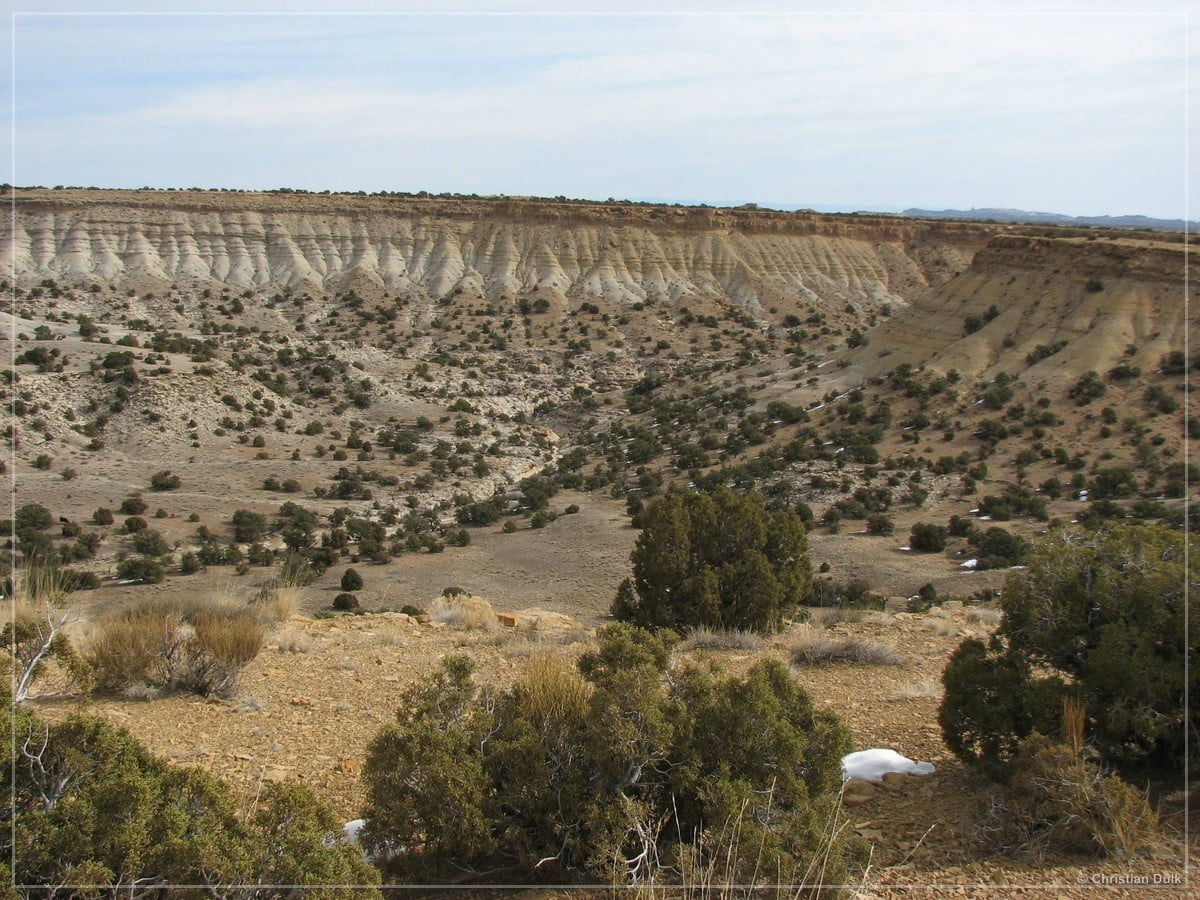 Soon we are coming closer to Temple Mountain Road. 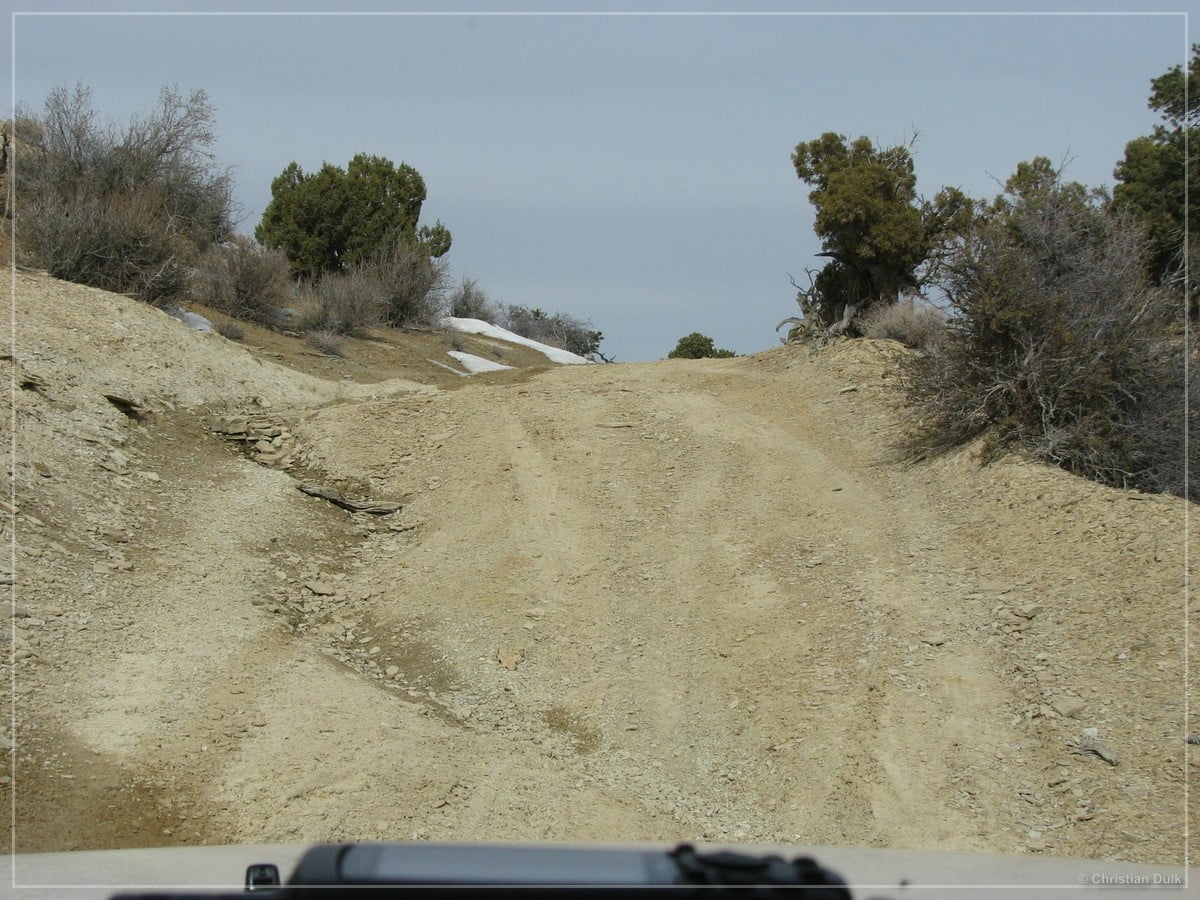 There is still some snow and mud on the trail. 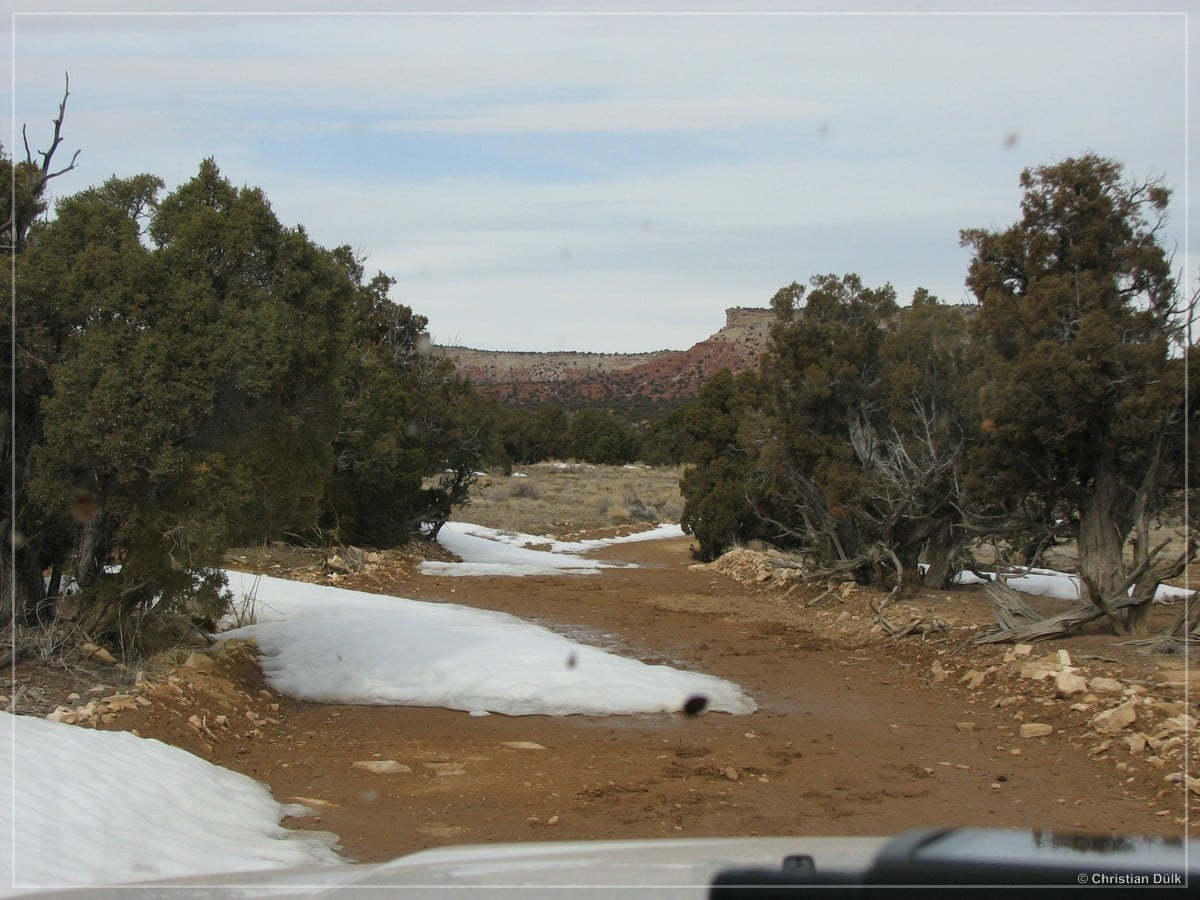 Then we reached Temple Mountain Road and thought, we could also visit Dutchman Arch. Most of the ongoing route is pretty much unspectacular. 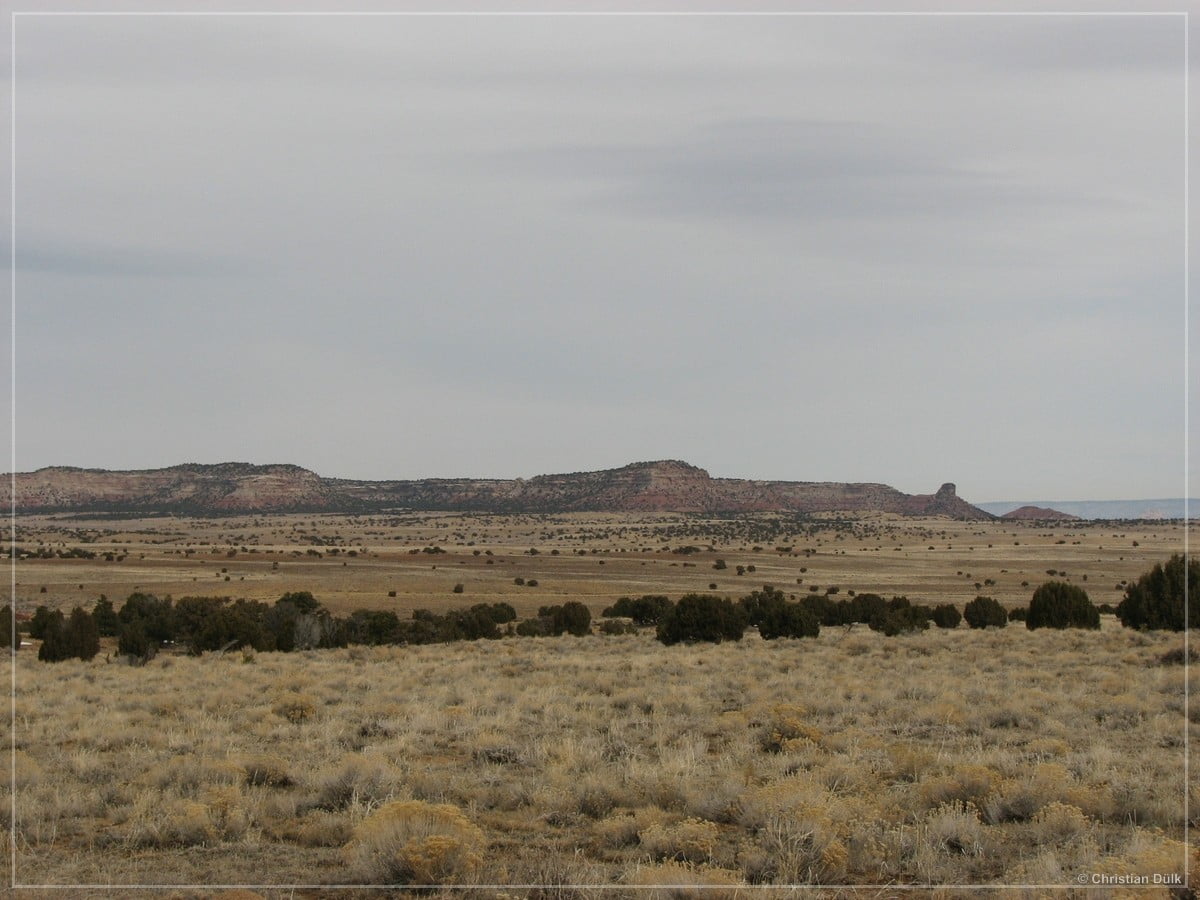 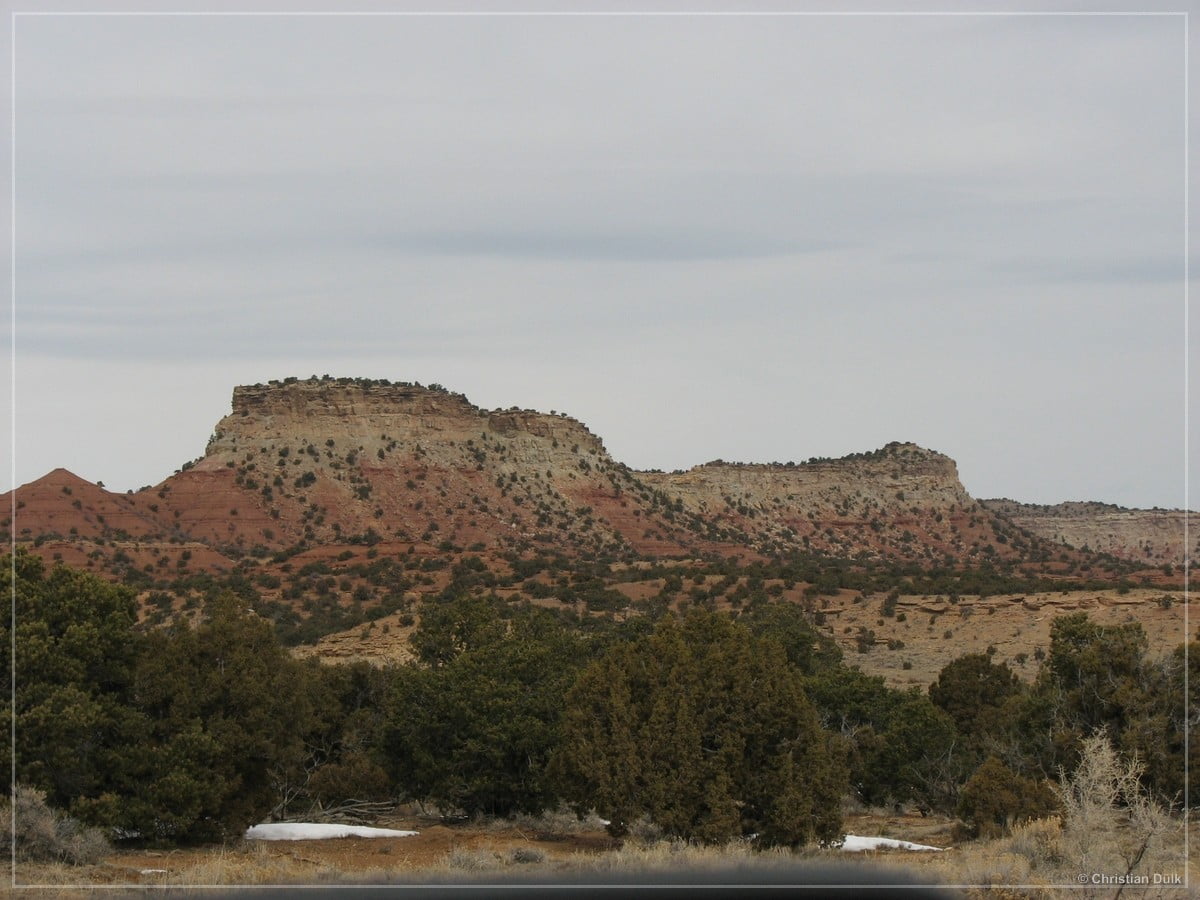 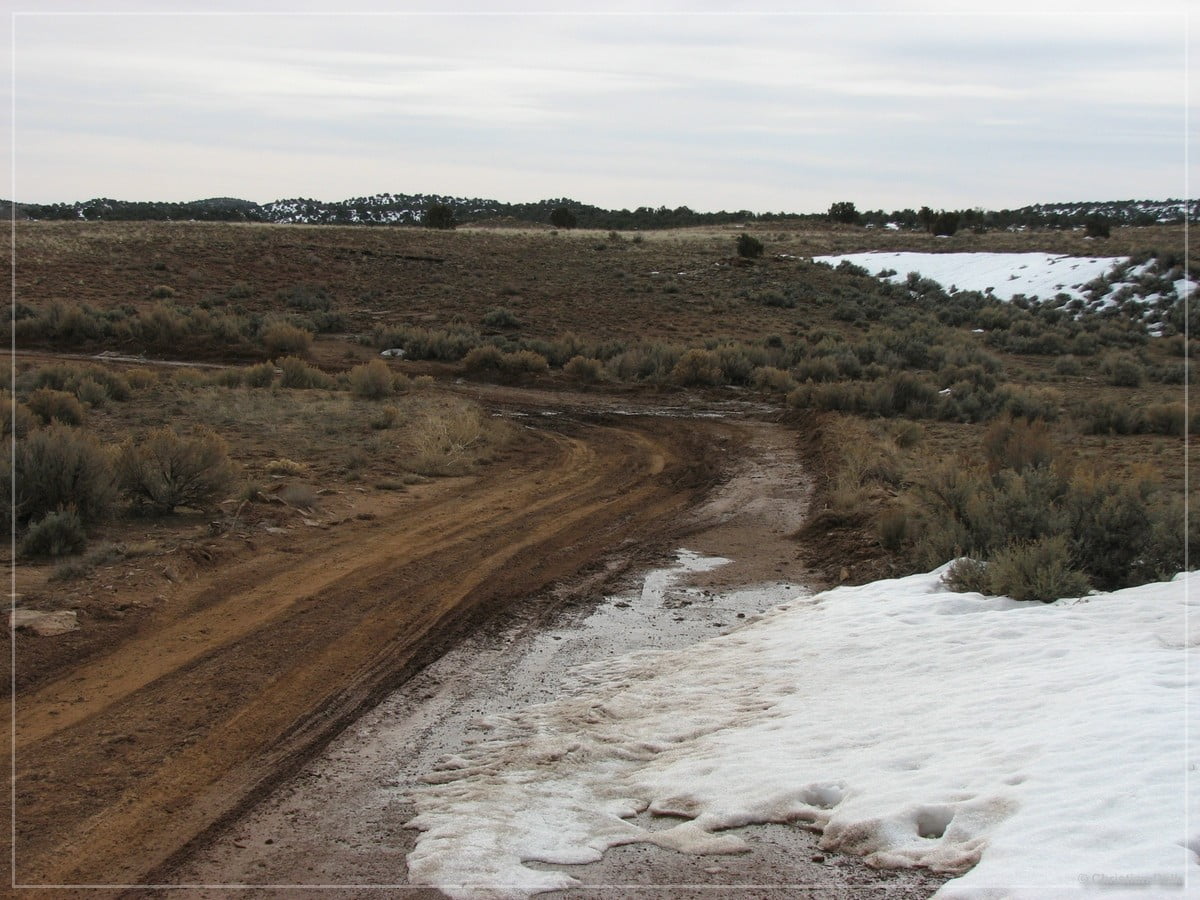 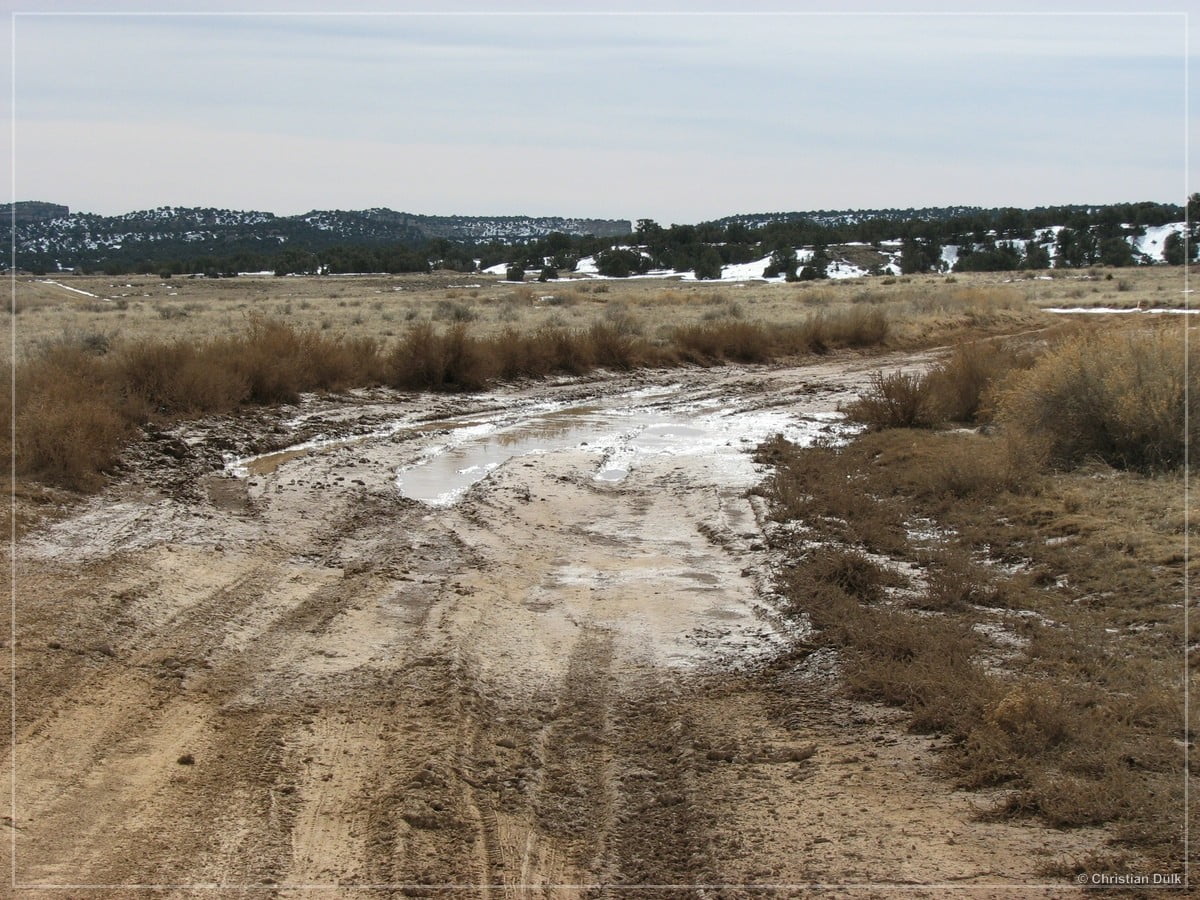 But a little bit later after using an underpass under I-70 we are reaching Dutchman Arch. We were the only ones being there, so that we could enjoy the area without being in a hurry. 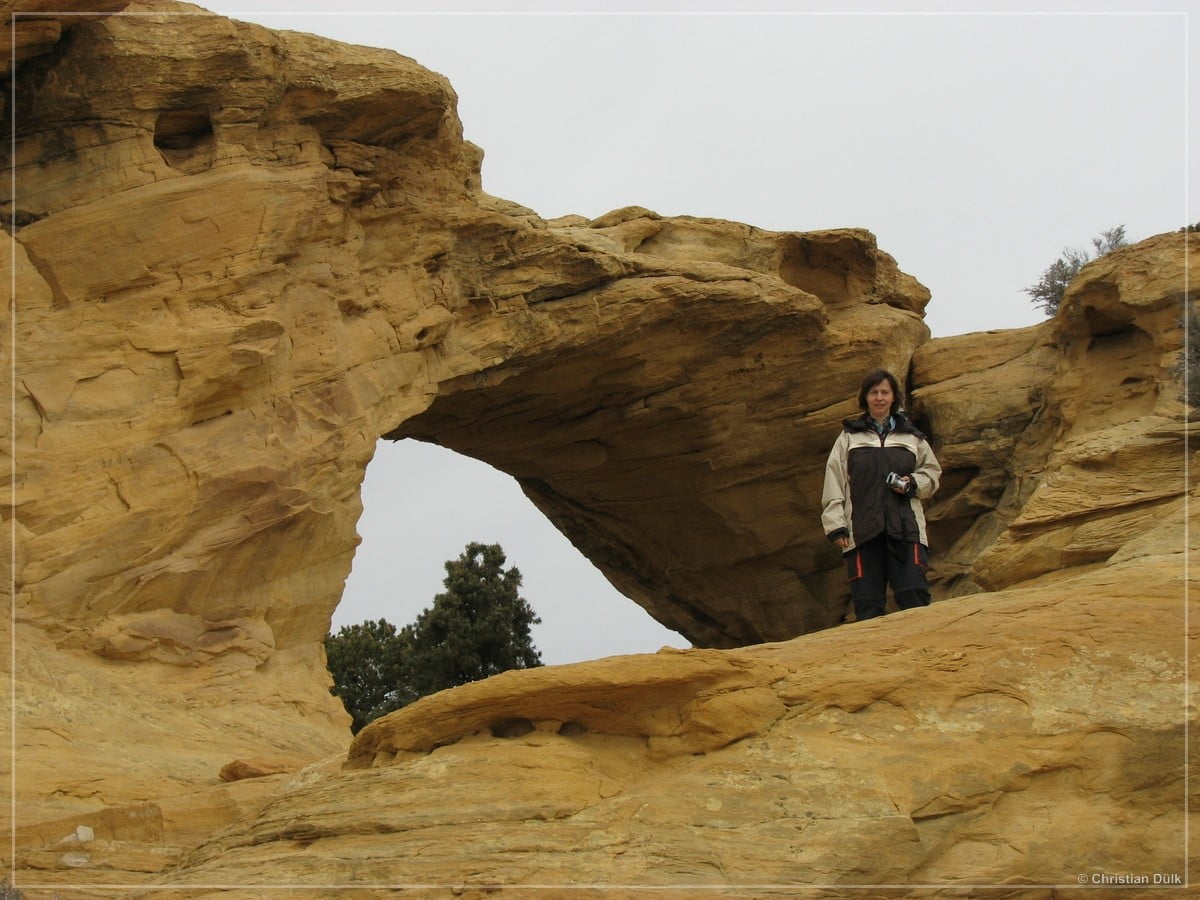 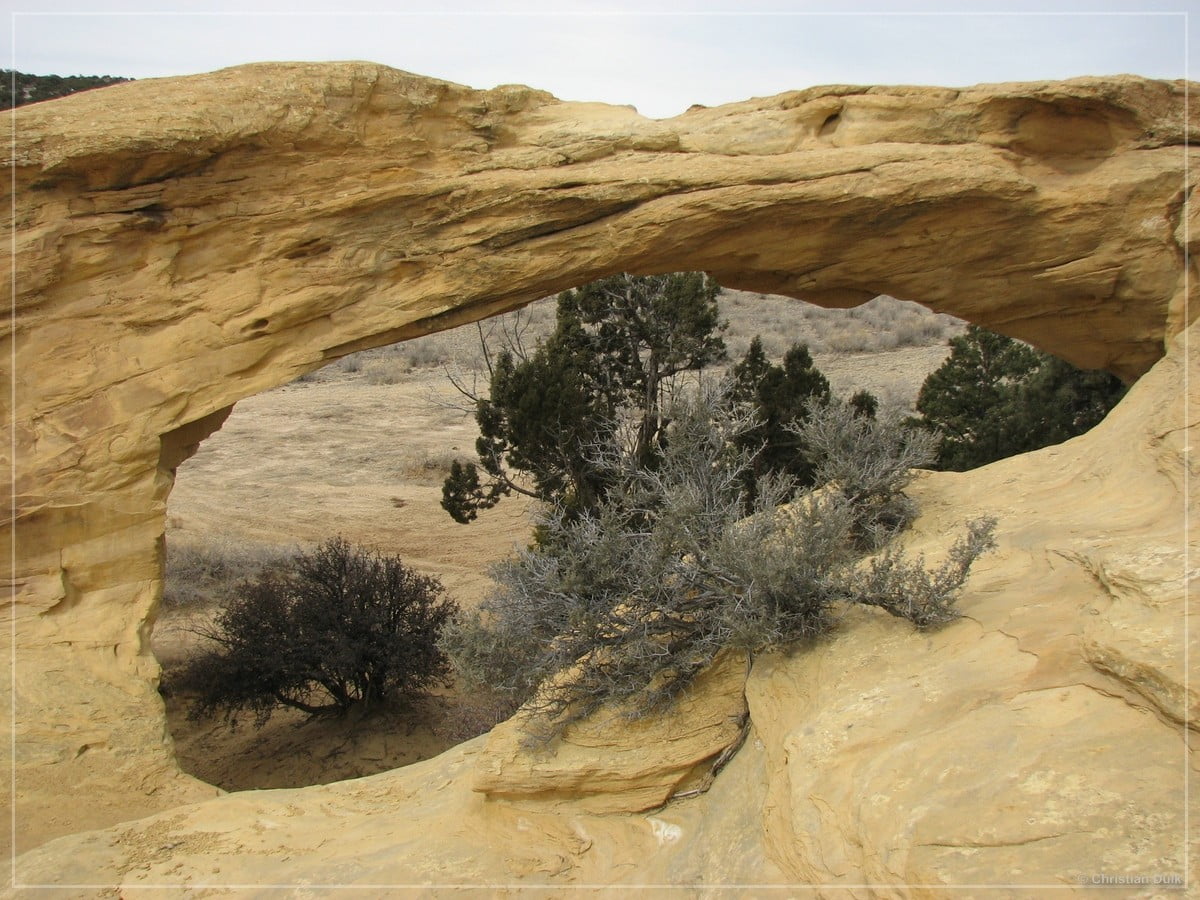 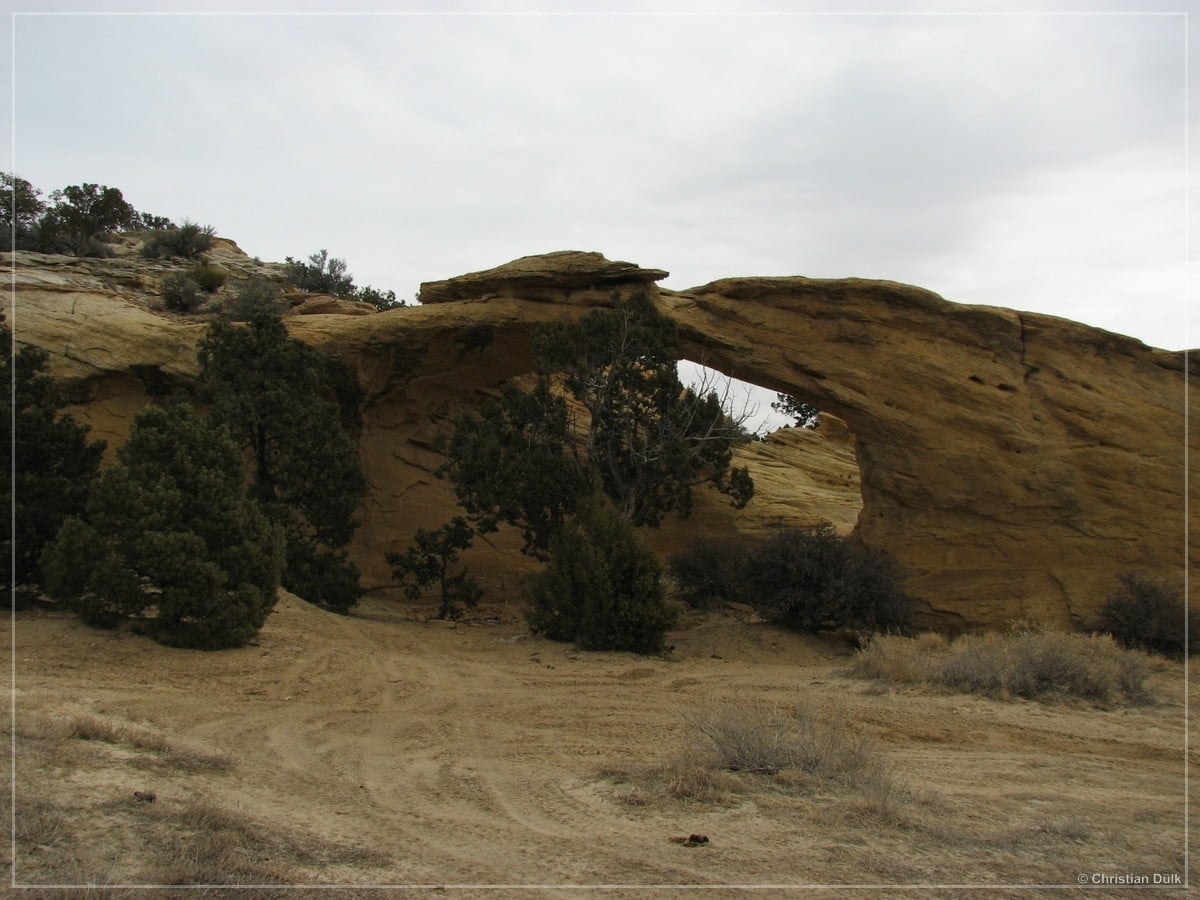 We would recommend to drive the Temple Wash & Mining Trail in the opposite direction than we did it, because than Temple Mountain always will be in front of you. The trail was mostly easy with that one portion down the rough hill.

For a better orientation, one can download a gpx file of this trip:

And the following map gives an overview:

Below, you can see some pictures of our trip... END_OF_DOCUMENT_TOKEN_TO_BE_REPLACED

In September 2011 I met some friends in Phoenix, AZ... END_OF_DOCUMENT_TOKEN_TO_BE_REPLACED