As we had some time left on our way back from Rock Canyon Point, we headed down onto the Rainbow Rocks (Rainbow Terrace) trail. Coming from Dubinky Well Road the trail goes to the right from Spring Canyon Point Road after passing Tombstone Butte (“The Needles”)and leads to a terrace after crossing a wash, which follows the Rainbow Rocks below the Rainbow Rims region towards Levi Well Road. This spur trail is also part of the Crystal Geysir trail, which is driven sometimes during Easter Jeep Safari.

We came back from Rock Canyon Point on Spring Canyon Point Road and turned to the left at 12S 59399X 428232X (UTM/NAD27). We were following an easy trail along the Rainbow Rocks: 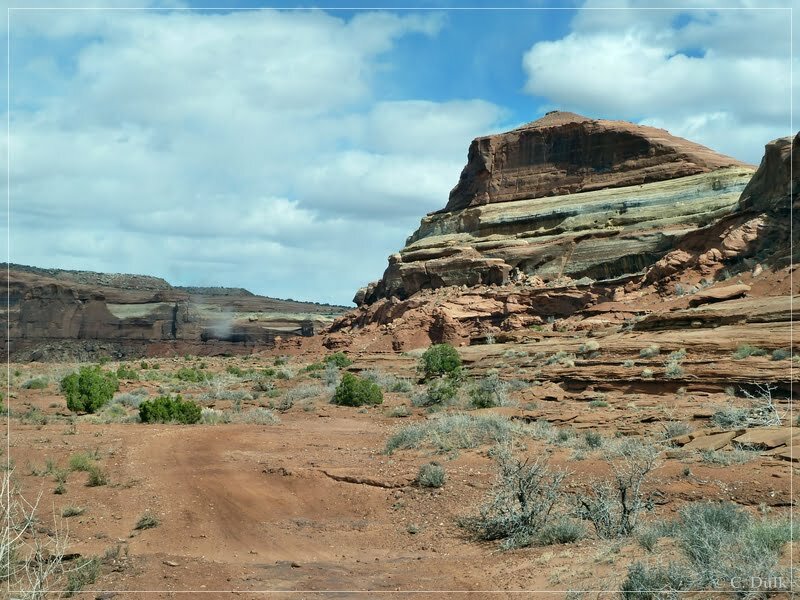 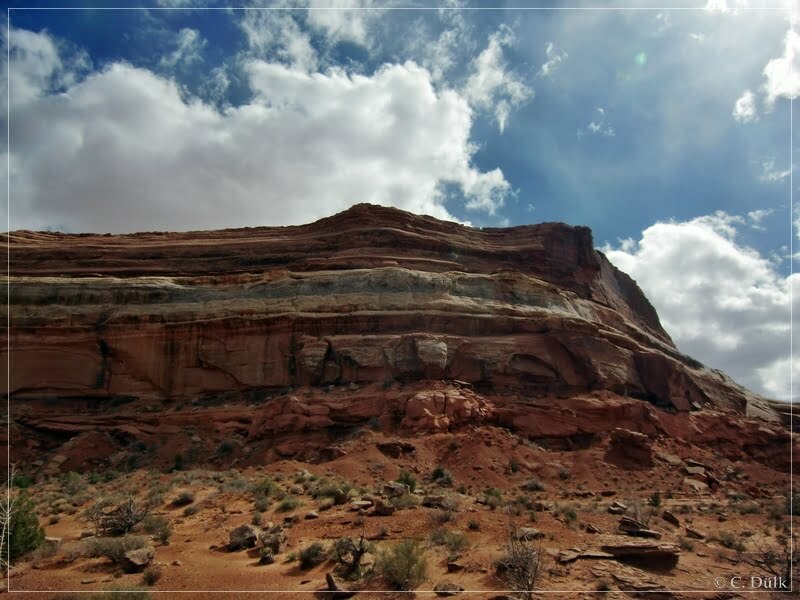 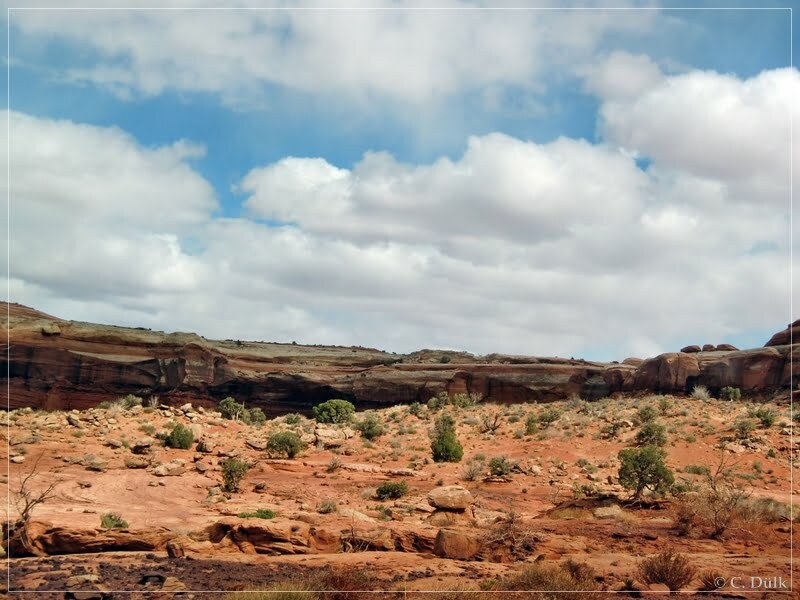 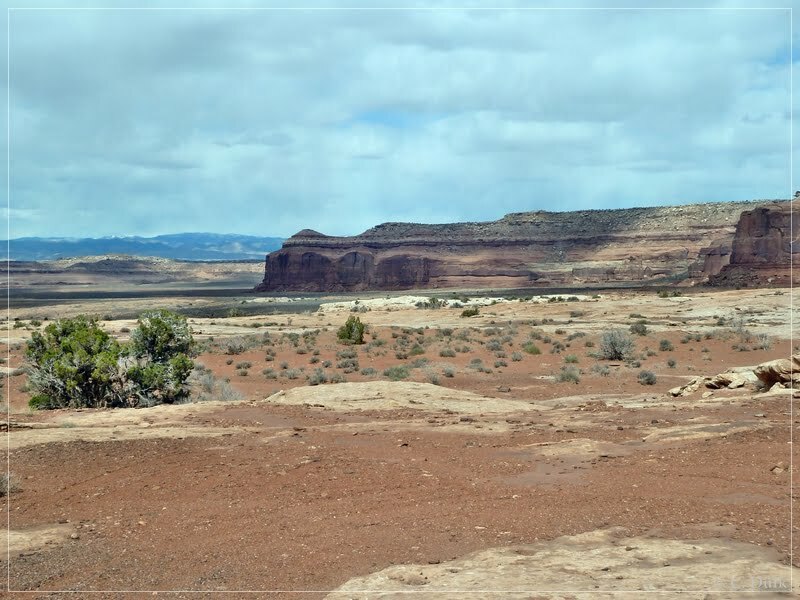 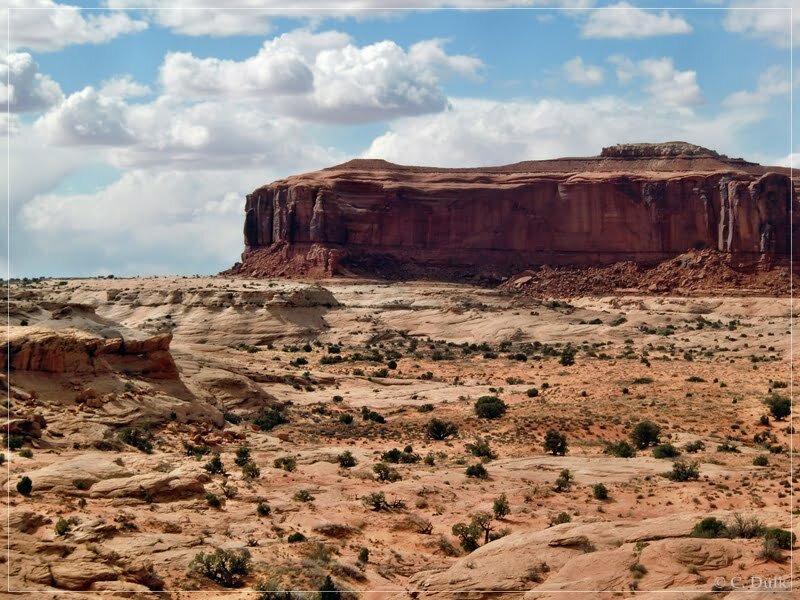 At the beginning, the trail was sandy, but soon it got more rocky:. 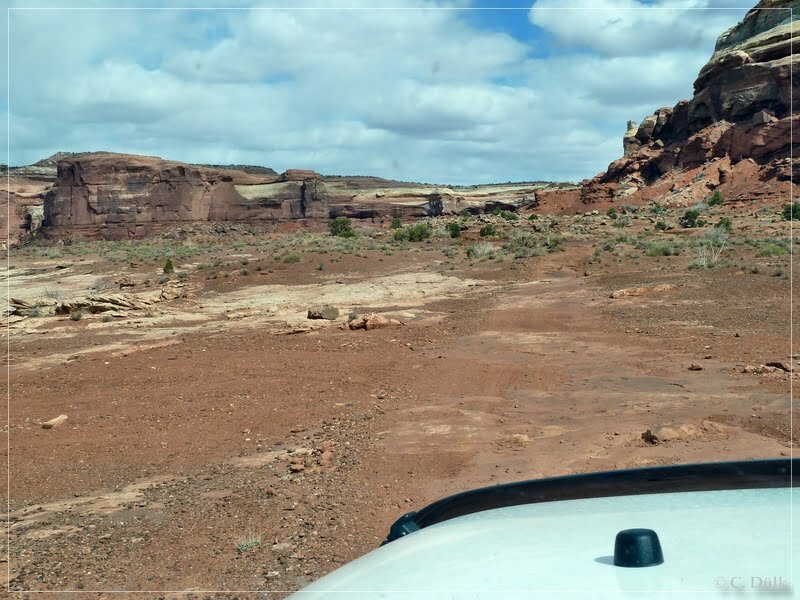 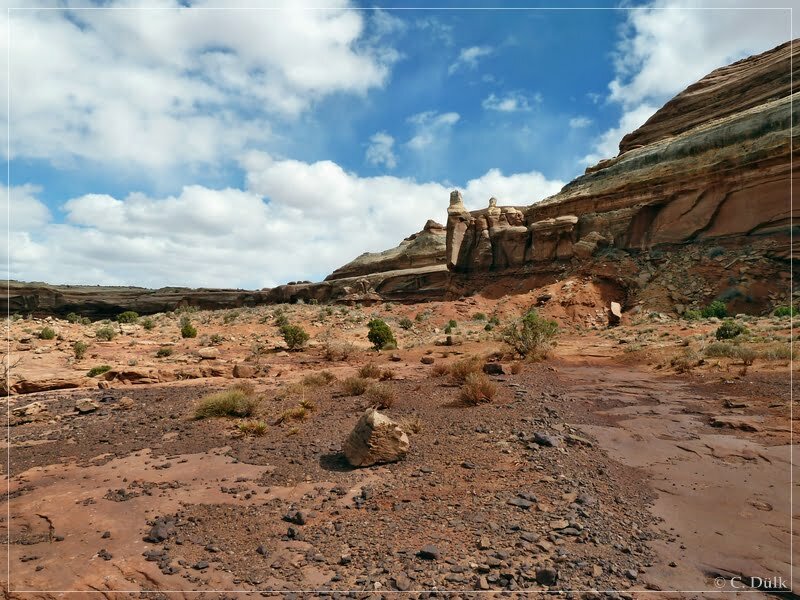 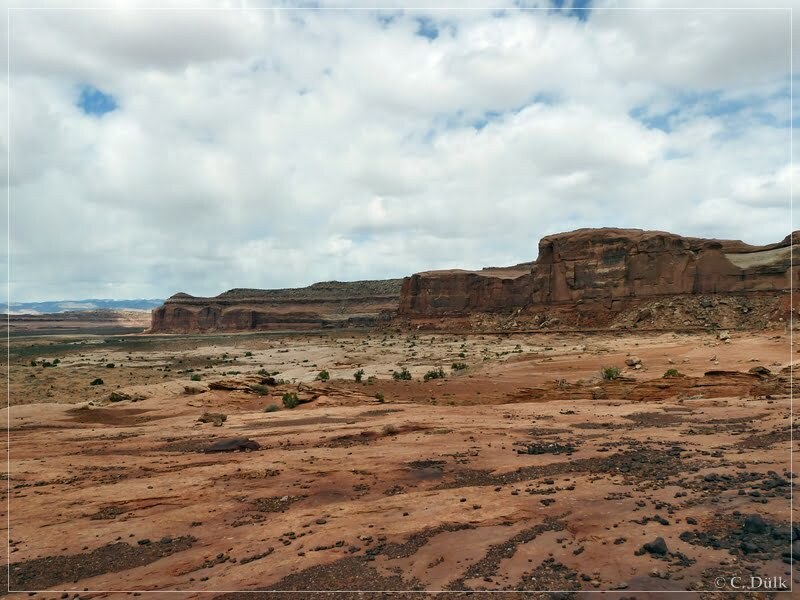 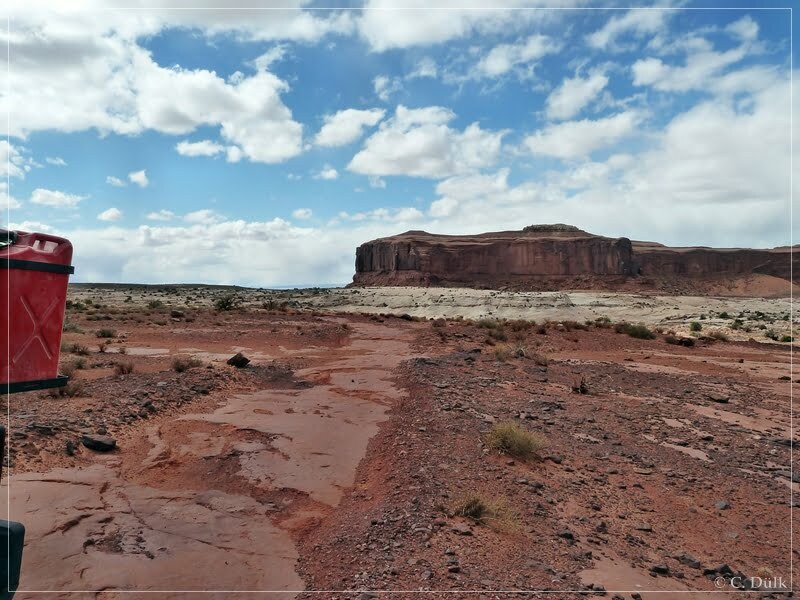 Then it got again a little bit more rocky: 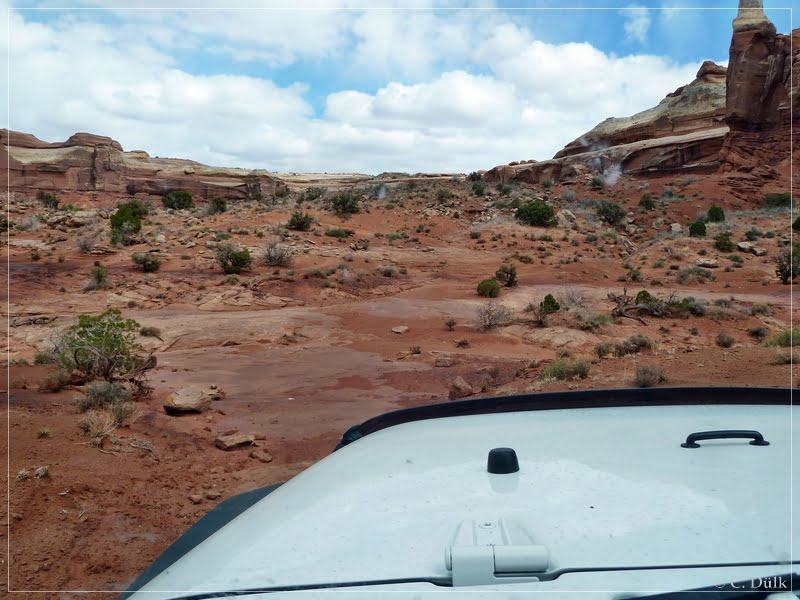 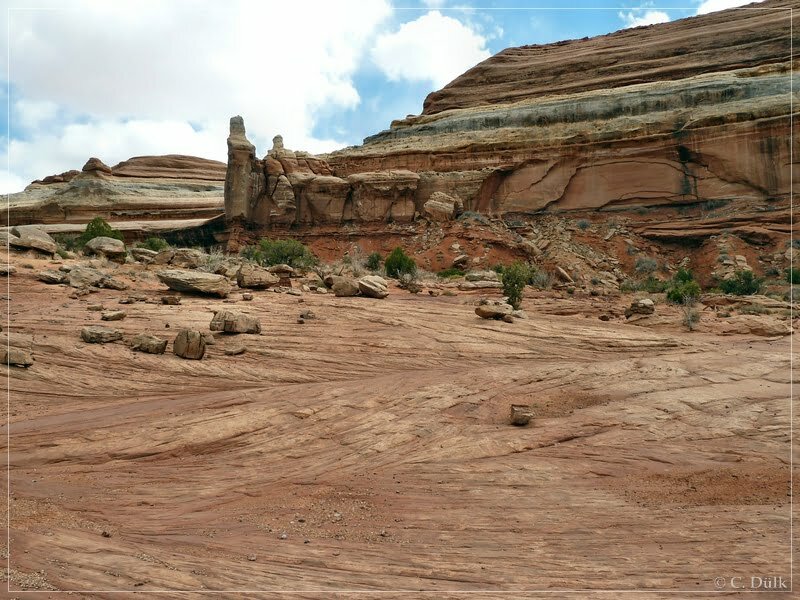 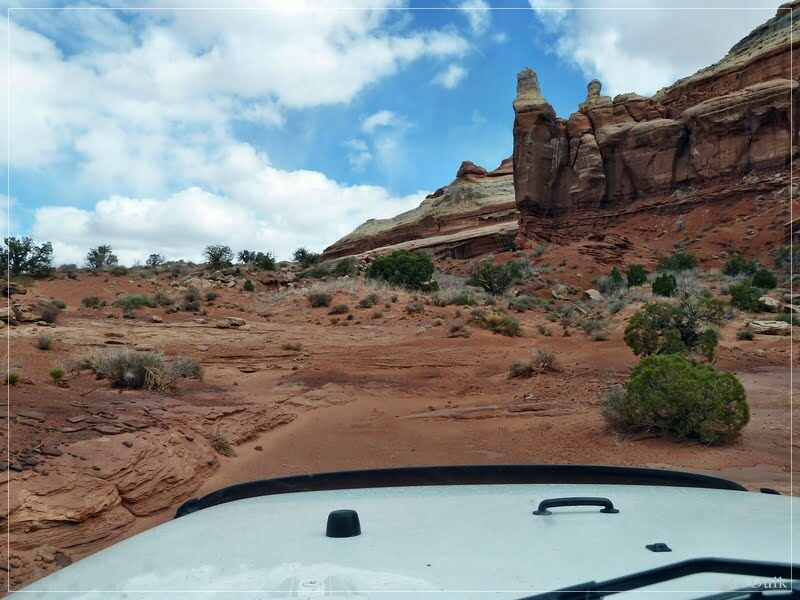 There are also some small ledges: 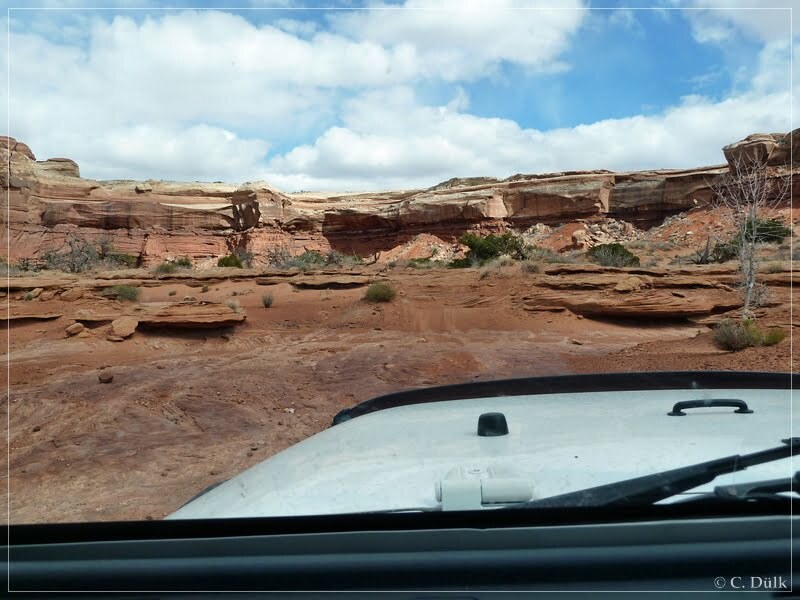 And soon we are reaching the wash: 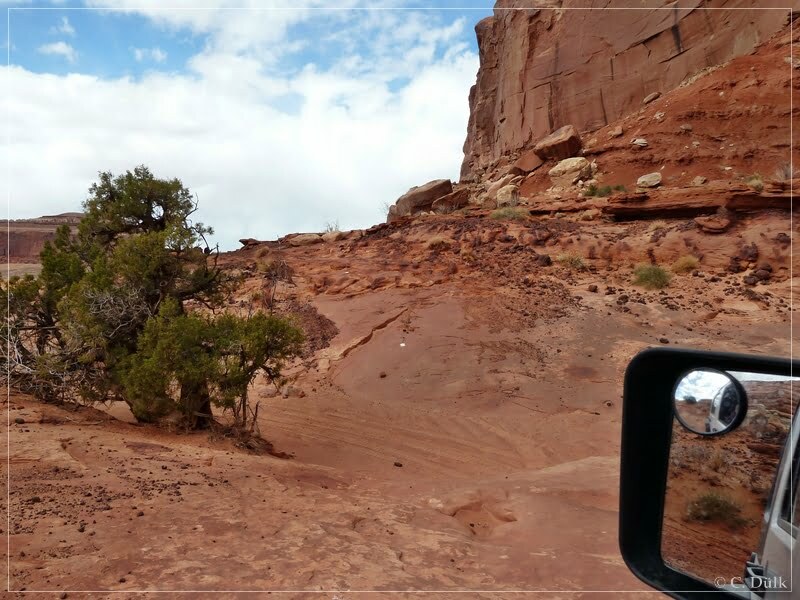 On the opposite side we are going about to drive out of the wash again to reach Rainbow Terrace: 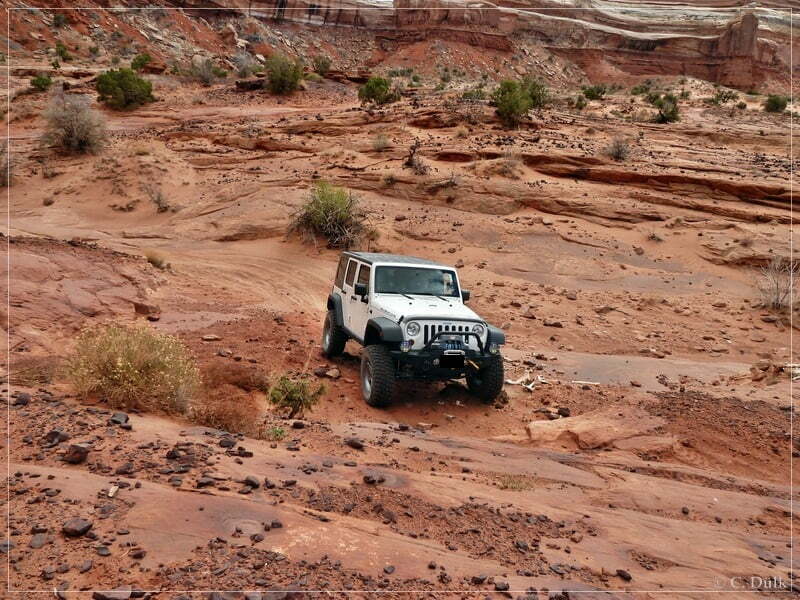 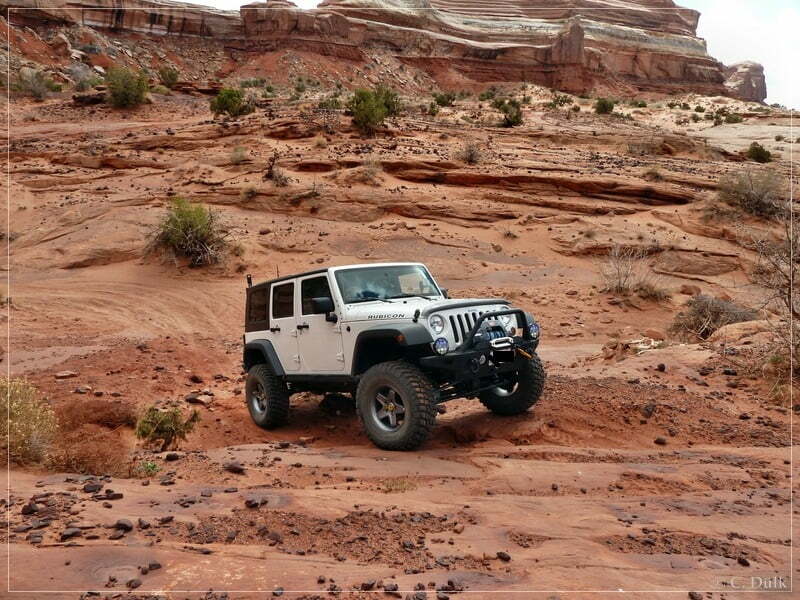 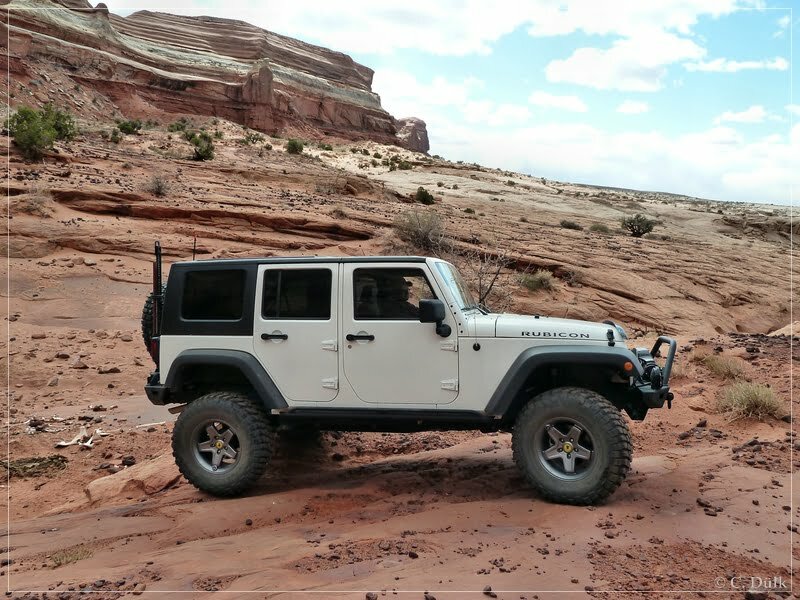 At the end of the wash crossing a small ledge: 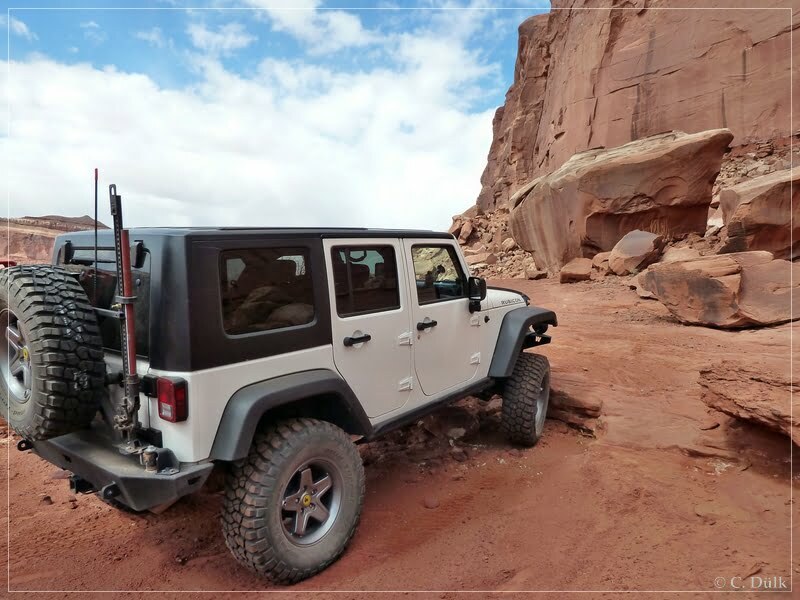 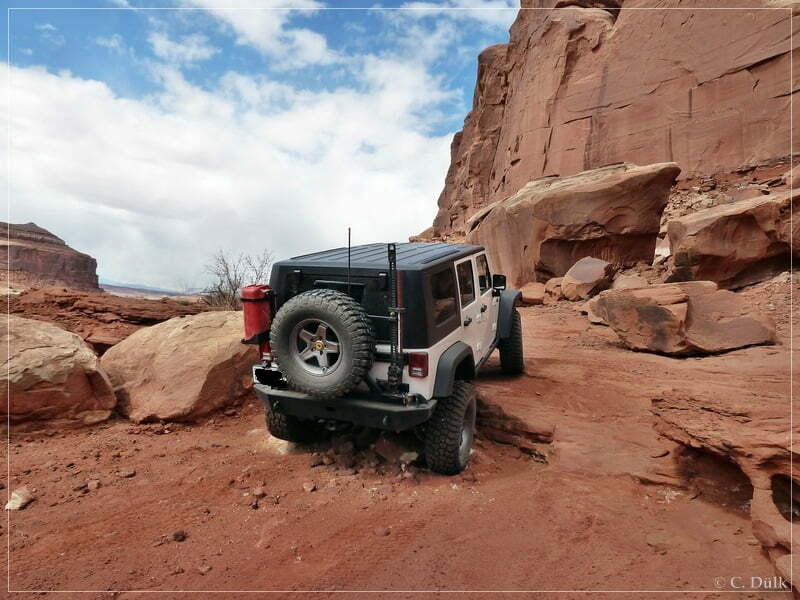 Here a view back, from where we came:

Then we were continuing on the terrace: 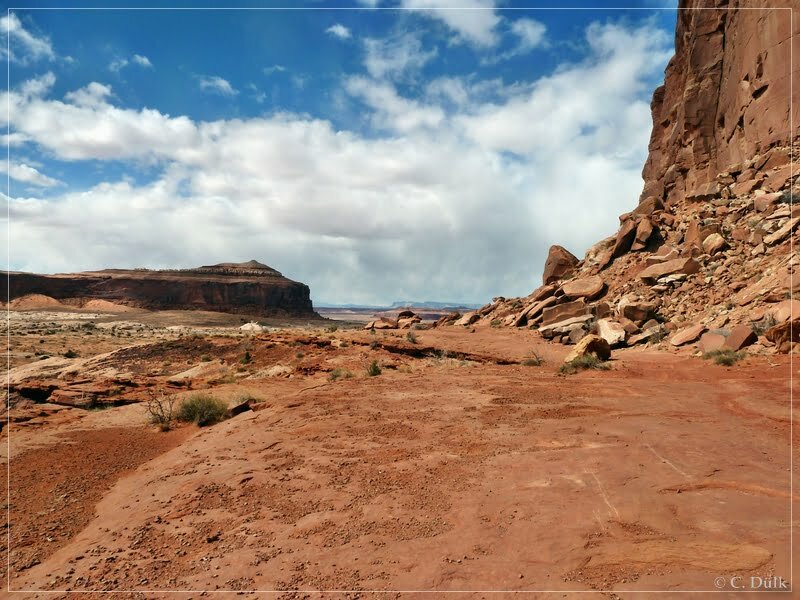 Here a picture of the vicinity…. 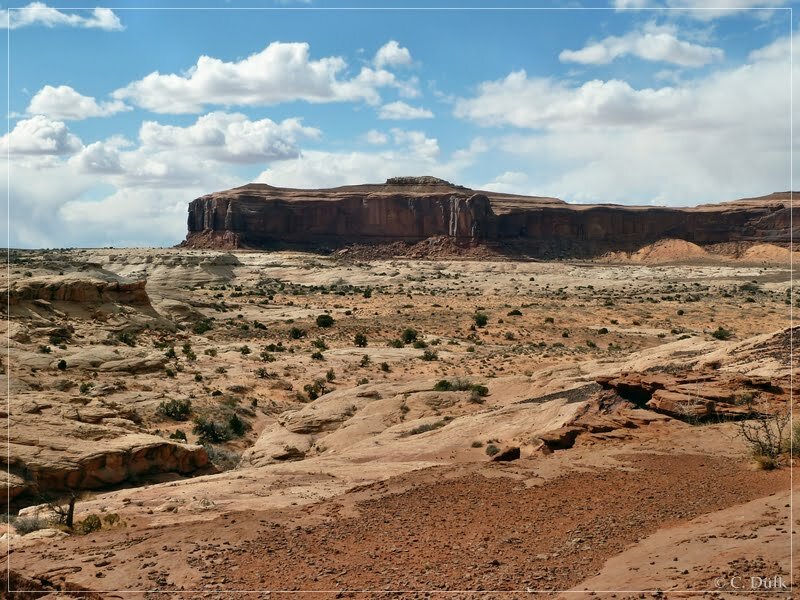 ….then we moved forward between those rocks: 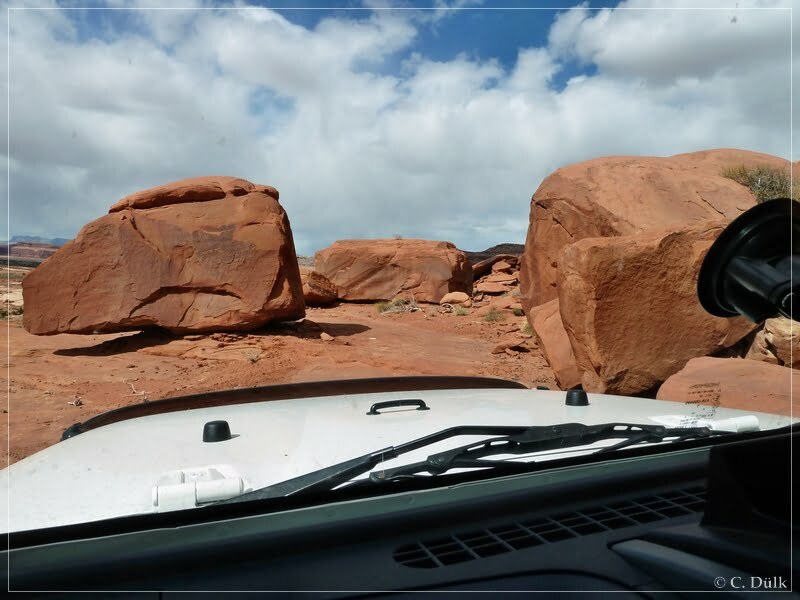 In the background one can see the Book Cliffs and Ten Mile Canyon is also not far away: 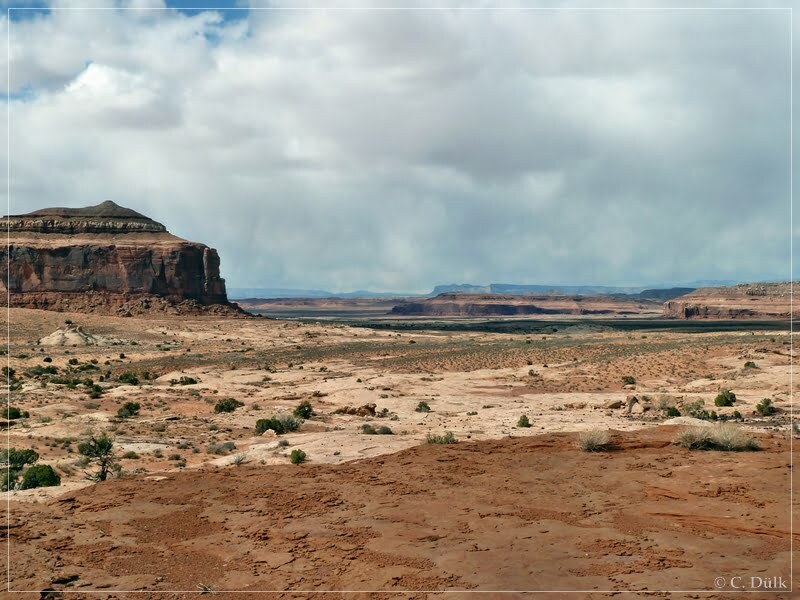 Here again a view up to the Rainbow Rim… 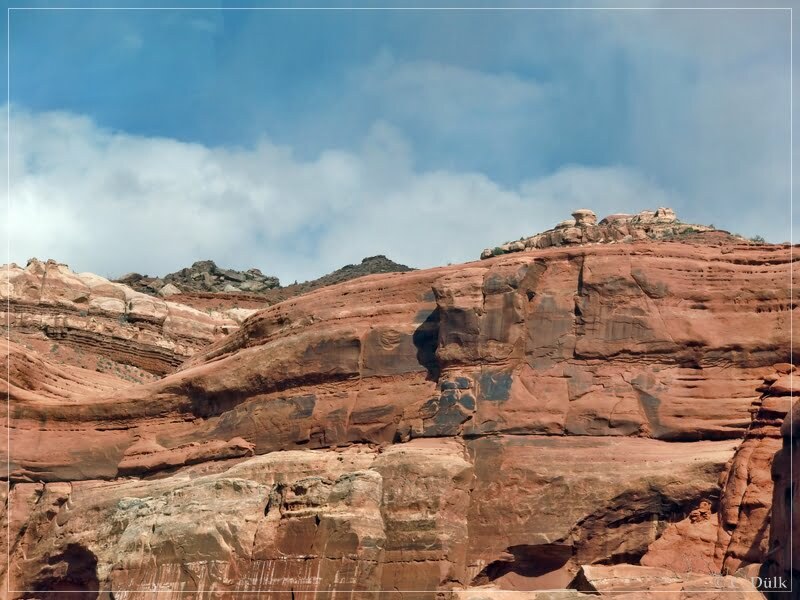 …before we soon come closer to Motorcycle Hill: 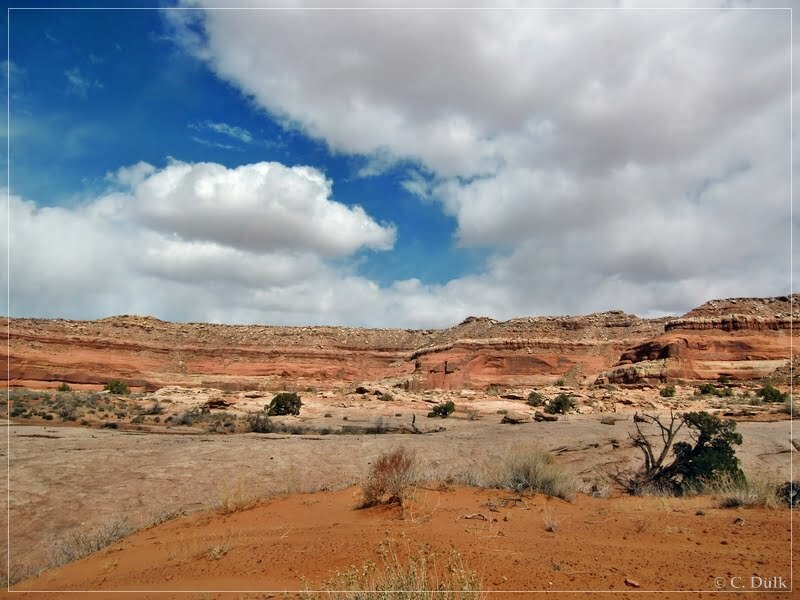 After a short time we have to leave the “Rainbow Terrace”. On a sandy trail, which sometimes had some slickrock patches, we went forward to reach Levi Well/Blue Hills Road. 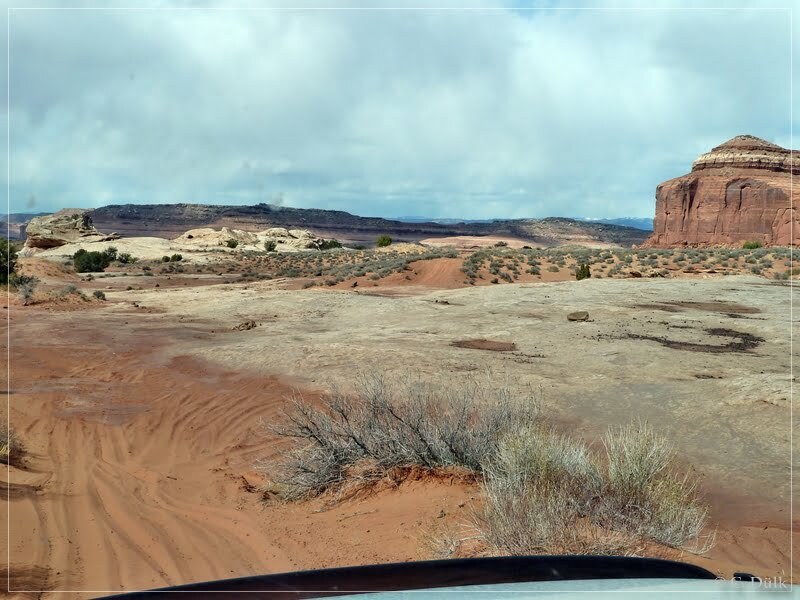 We reached then a cross route at (12S 59175X 428922X), where the left spur goes down to ‘Dripping Spring’ and the right one towards Blue Hills Road. We turned to the right and cruised through the Blue Hills:

After some time we saw the La Sal´s in the background and US191 was not far away: 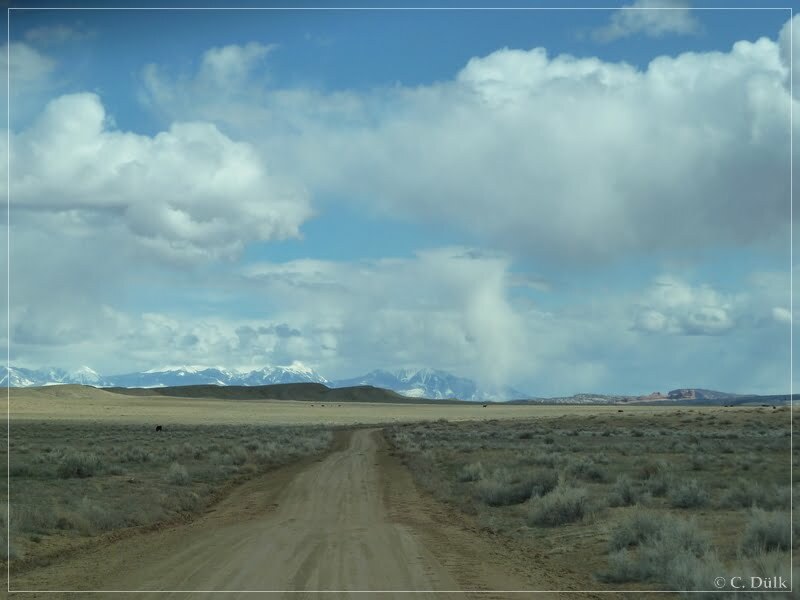 Most of the shown picture include the gps positions, where they were taken, in the exif data.

The trail was moderate at tthe time, we drove it. The most difficult part was the climb out of the wash, which was not really challenging.

For a better orientation, one can downlload a gpx file of this trip:

And here is an overview of the area, we visited:

This is just a short report about our trial to... END_OF_DOCUMENT_TOKEN_TO_BE_REPLACED

Wayne took us on two trails in Kingman, AZ,... END_OF_DOCUMENT_TOKEN_TO_BE_REPLACED