While we had been running a lot of fantastic trails (Hole-In-The-Floor, Twister, Wayne´s World, Moss Wash – The Easy Way and Pass Canyon to Oatman) in march in the Kingman area, Wayne, Ric and me discussed about a possible trail run in september. I had a day, before I had to be at the Cinders OHV in Flagstaff and so we fixed that day for a run soon. Ric asked me, which trails I would like to run and I suggested Safelite, Homecourt and Candy Ass. Finally, we agreed on Safelite. On september, 14th, we met up at the Blake Ranch Exit of I-40 to run this difficult trail. Jim, Rick and Doug also joined. We went down a nice dirt road, before we headed right towards Soap Canyon in the Hualapai Mountain area. After a couple of miles, we arrived in Soap Canyon and started to run the Safelite trail. Due to recent rains, it was partly wet and slippery along the trail. I felt quite often, like I did not have any traction at all ;). We tackled almost all obstacles along the trail, besides the huge waterfall. Jim was the only one, who gave it a try and finally made it up successfully. But there had been so many other obstacles, which challenged us. It was an absolutely great day. On the way out, we followed a shelf road, which got us back to the access road, which we used on the way in. Safelite was for me the most difficult trail, I was running in the Kingman area so far. Thanks to everybody, who joined and made this such a memorable trip.

After the pictures below, there are two videos to find. One shows Rick on the gatekeeper and one shows Jim, conquering the big waterfall.

If you click on the pictures, a Lightbox will open and you can see the picture descriptions from Facebook (if there are any).

Here are two videos, taken during our run of Safelite:

And here one can also download a gpx file of this trip:

The following map shows the trail:

This a nice trail along North Cainville Reef, which could... END_OF_DOCUMENT_TOKEN_TO_BE_REPLACED

As we tried last year to reach the rim region above Bonal Springs on the Paria Plateau and were not successful, we wanted to try it this year again. We luckily had perfect weather conditions for this trip and there was no snow on the plateau this year in march. Additionally there was some snow some days ago, which already went away, so that the sand on the Paria Plateau was in perfect condition. To be faster in reaching the Vermilion Cliffs, we decided to stay in the Lee´s Ferry Lodge. The restaurant is supposed to have a huge selection of beers from all over the world. 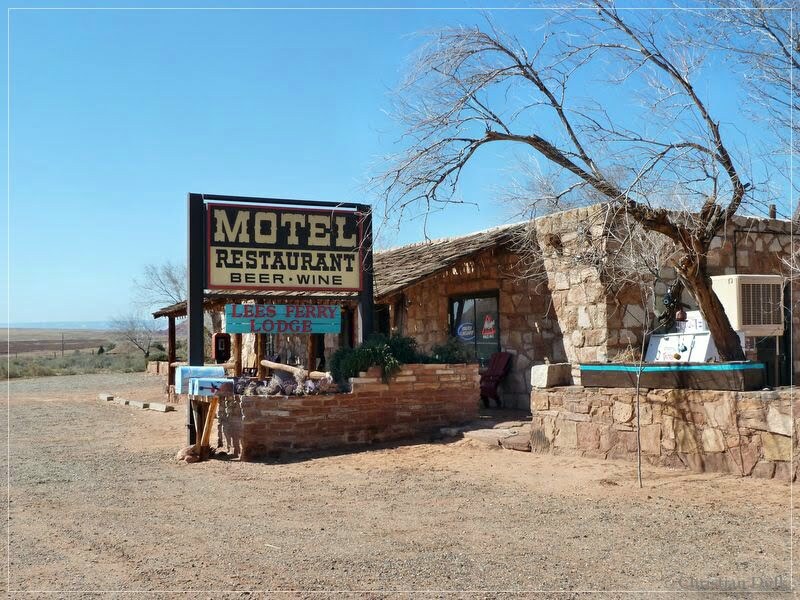